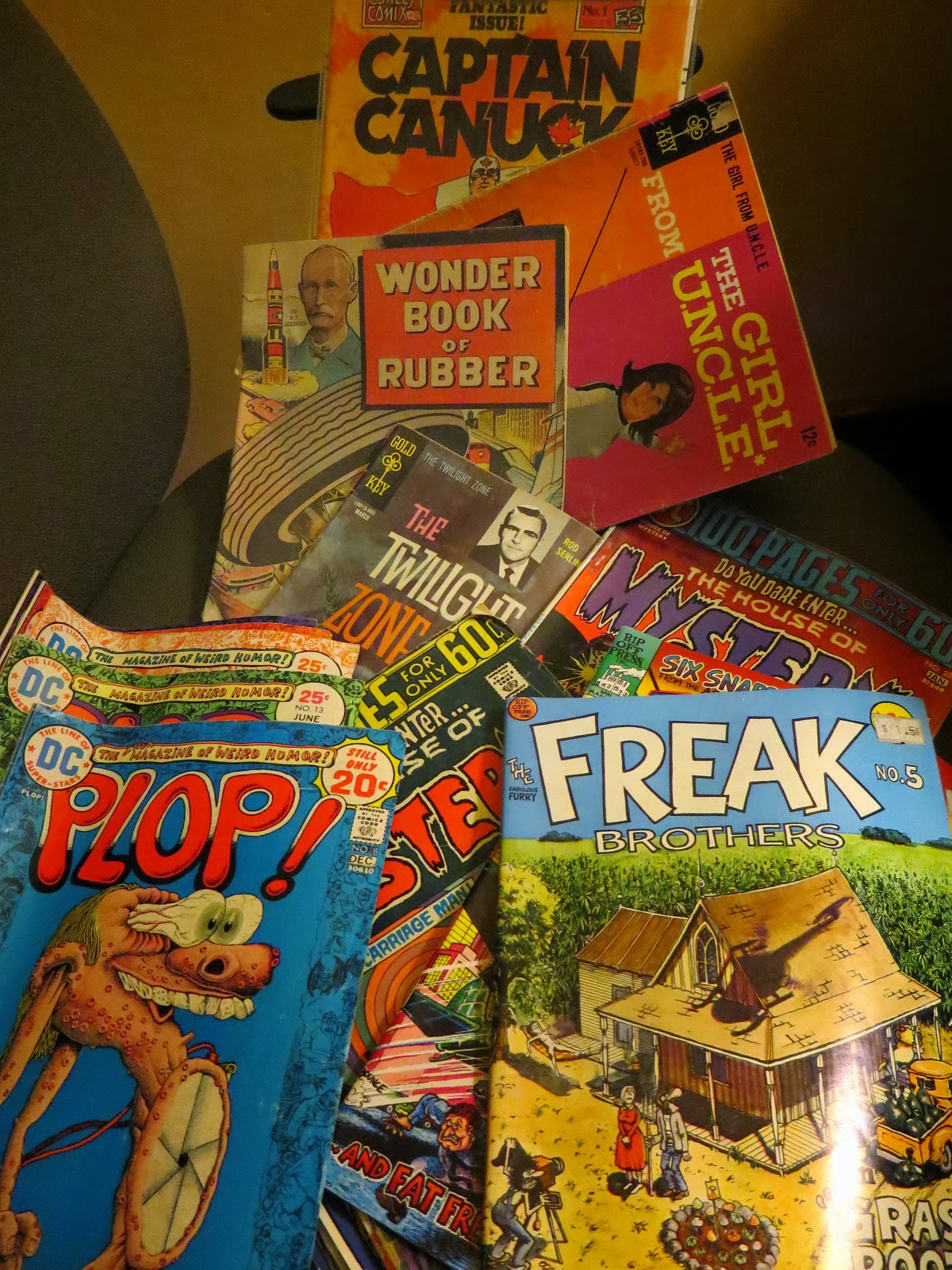 While my parents were moving, they uncovered a box of my comics and magazines that I've not seen since sometime in the 80s. I had either forgotten about these, or assumed them to have been sold at a garage sale long ago. They included my Plop comics with their brilliant Basil Wolverton covers as well as Captain Canuck, a variety of horror comics from the mid 70s, and a couple of Freak Brothers underground comics I probably bought at Adelphe's around 81 or 82.
Beneath the comics were even more wonders; Vampirella magazines, a solid run of "Fantastic Films" and my year subscription to Dragon.
Posted by Gerald Saul at 11:04 PM