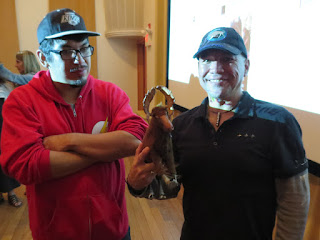 Today Dennis Jackson, friend and colleague, came to Regina with his family so that our department could give him our biannual distinguished alumni award. I've known Dennis over fifteen years. We worked together on a pilot special episode of his Wapos Bay animated series, "Christmas at Wapos Bay" in 2001. I moderated the talk from about 7:15 until 8:45 and then we had cake. The biggest hits were the outtakes from the voice recordings that the animators turned into animated outtakes (flubbed lines and some funny stuff from guest star Lee Majors). Also, he brought hands and head so that people could pick up puppet parts that had been created for the program. Great day. 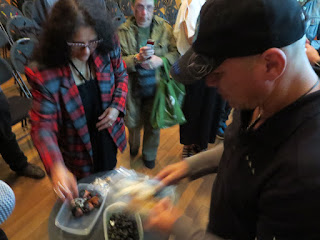