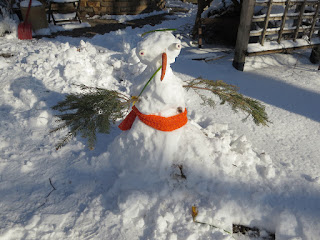 Last night we went to Combat Improv. It was a good show but had the smallest audience I've seen in quite a while. With fewer voices yelling out suggestions, William got three or four ideas out there including "cabbage farm", the batcave, and "Diary of Seven Vampires". I passed a roll of 16mm film on to Eric from years ago when he was a student and helping me with hand processing. He seemed pleased. 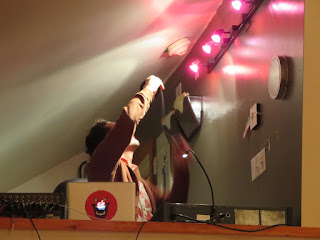 The audience size was certainly due to the suddenly snowy weather. Apparently we had more snow this week than we had in December to February. Margaret got into it, shoveling and making snowmen. I just want to sit in front of my computer, although the combination of wearing boots on slippery surfaces with extended computer time has reacquainted me with my soar back.
Posted by Gerald Saul at 5:06 PM