J. Caesar at Shakespeare on the Saskatchewan

We drove up to Saskatoon and took in J. Caesar at the Shakespeare on the Saskatchewan. I really enjoyed it. I knew that it was to be an all woman cast, but I was surprised to see the costume design was all post apocalyptic, Mad Max-like. This allowed them to make the minor adaptation of "woman" for "man" throughout the the story without ever needing to explain the shift in context. It was seamless and exciting. The play is short, 90 minutes including the introduction and intermission, but well worth it. We went on the day with the medieval feast which was pleasant. Katherine won the door prize (four drinking vessels). We played cards at the hotel afterwards. I was exhausted. 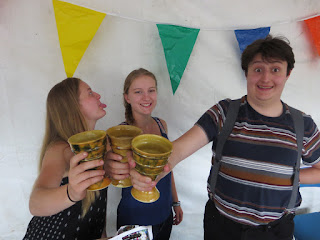 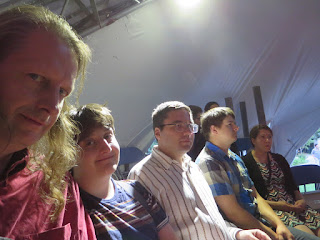 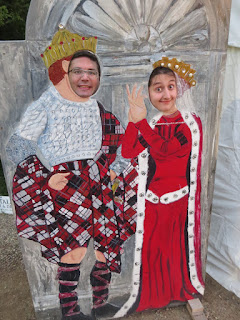