work without food of sleep does me good 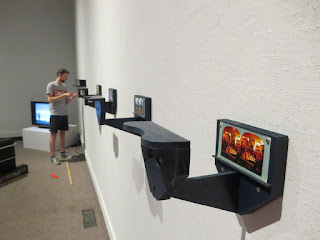 Sunday morning, after 4 hours sleep, I got up to the empty house and started working again. Margaret and William didn't return from the drive in movie until mid afternoon (see image of the fun below).  By 8:30 am, I had realized that my viewers, now with lenses mounted for the first time, were not going to work. I should have been at my least capable of handling this realization, having not really eaten since the previous lunchtime, but suddenly the solution was crystal clear: if the viewer won't work for my images, then maybe my images are wrong. I began fixing my images that evening, but the plan was solidified in my head so I no longer worried about it. I delivered five of the six completed viewers for wall mounting while holding onto the sixth to calibrate from.  I was a bit late meeting the team, but progress went smoothly from that point on. 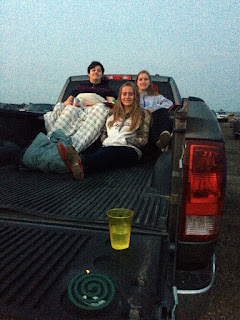