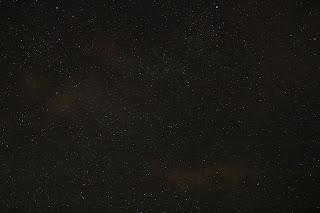 At midnight last night we drove about 10 km off the end of Dewdney and parked on a rather muddy (but not nearly desolate as you'd imagine) road to watch the meteor showers. Clouds came and went but we ended up seeing quite a few. I tried taking photos but didn't get lucky enough. However, even though there was no light source for over a kilometer, the ambient light from the city  (to the left of the frame) and a farm (almost invisible the eye but straight in the distance) allowed me to take some pretty interesting 20 second exposures (with iso cranked to max) of more terrestrial objects. This is boosted about one additional stop in photoshop, but none of the colours are adjusted. 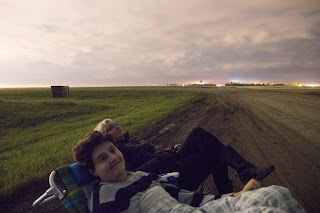