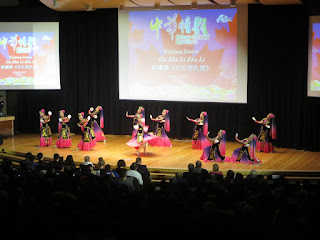 I was given tickets (thanks Jingyi) for an evening of Chinese cultural performances at the university. Margaret had to go to a meeting so it was just William and I. He was quite into it but I insisted that we leave early as he has a video presentation to prepare for science class for tomorrow. He had to create a pitch to recruit people into a specific job in the sciences. He made a 2 minute video (which would be presented along with a 3 minute verbal spiel) on psychiatry. He used voice over (see production still below) and found film extracted from archive.org. It was supposed to take the subject seriously. I'm worried that some of the torturous clinic images from the 1950s might hurt that aspect of the assignment. 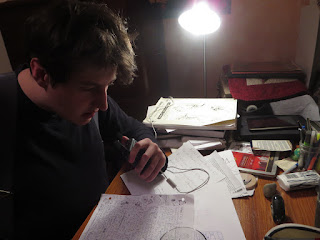