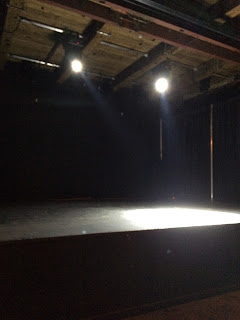 We'd had the play "A David Lynch Wet Dream" recommended to us at another of the Regina Fringe Festival events and the reviews looked promising but I noticed that it was rated 18 so I went to the theatre and asked how strict this rating was. One of the Fringe volunteers said it was strict because of the bar. I pointed out that this was unlikely since the drinking age was 19 and the other volunteer also expressed doubt so she made a call. I'm not sure who was called, either a head organizer or the performed, but we got permission to go. The 4:30pm performance was not well attended (it's a pretty bad slot) but it was really interesting. It was a one woman show with her responding to metaphoric lighting changes, abrupt and crazy sound/noise changes, and to her shoes. There was nudity but William pointed out that after a minute, the naked body loses its shock value and the context didn't contain any eroticism. It is on again Saturday evening and certainly worthwhile. 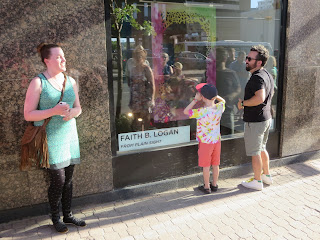 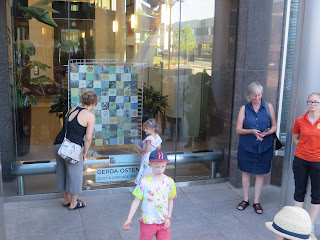 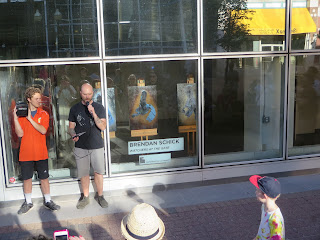 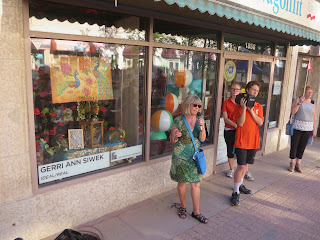 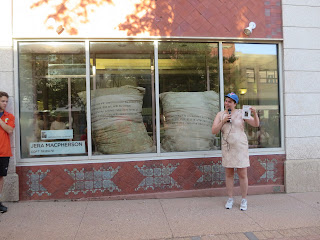 After a quick supper we went on the Pop Up Gallery walking tour. Gerri Ann Siwek, Gerda Osteneck, Brendon Schick, Faith Logan, Jera MacPherson and others had works visible from the sidewalk open to viewing today. The new Dunlop opening followed that, which was fun and amazing.