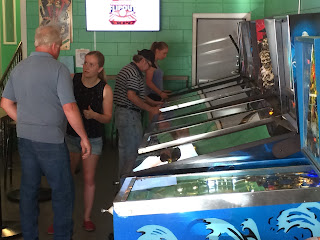 I got up early on Saturday and took in the pool. I love being the only person at a pool, it is very meditative. Someone else arrived at 8:30 so I left. We had lunch at a pinball diner. It costs a buck a game so it is more or less like the old days except the machines are well maintained. We popped past the book store to surprise Ed Willett as he was signing his new book. 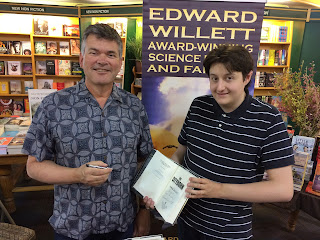 We then drove out to Wanuskewin Heritage park were there was an opening of a new exhibit (bob cat traps from sticks) that was cool. I also went on the walking tour. Very hot out but worthwhile. 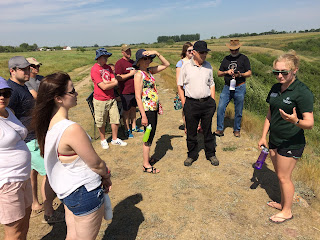 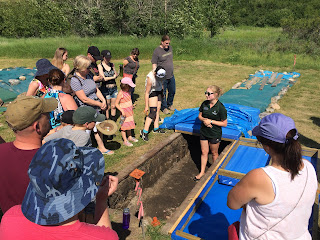 In the evening we attended Richard III at the Shakespeare on the Saskatchewan. It was fairly well done but I felt overall it was a bit rushed and lacking in depth that pacing may have helped with. 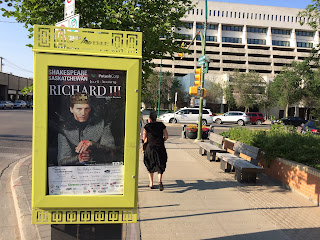