William makes a movie, Dad has a birthday 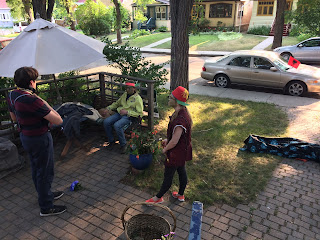 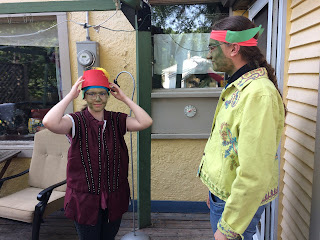 Working with increasing independence, William took up my super-8 camera, loaded it, planned a film project (along with his friends Emma and Griffin) and shot the whole thing today. Three or four shots near the end had all three of them in it so he asked me to run the camera for those. Otherwise, this one was untouched by Gerald's hands. I'm excited about it. I'll be sending it to the lab along with the rock circle film and the two "One Take" films so we'll have video versions. 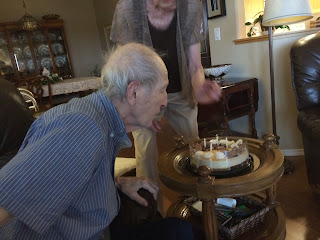 Dad's birthday was Monday but he had his last clinic appointment with medication that day and that has been making him very tired so mom had us over for cake on Tuesday. Dad got worn out early but had way more energy than before and was in quite a good mood. It was a nice evening.
Posted by Gerald Saul at 8:45 PM