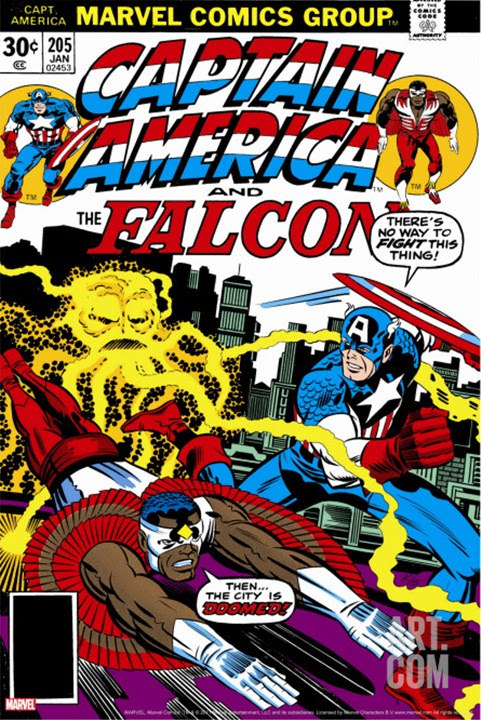 After a late lunch with my grad students, Margaret, William and I went to the supper-time screening of "Captain America, Winter Soldier" at the Southland yesterday. It seemed like a perfect birthday action film. I probably bought the entire run of Captain America comics while he was co-staring the Falcon (it probably seemed radical at the time that he wasn't called the "Black Falcon" which was the overwhelming trend for non-white superheroes at the time). Of course, the film tries to make no reference to character ethnicity, other than Nick Fury growing up in some sort of ghetto. I suppose I am hoping that one of the next super heroes movies has them win the day through thinking and/or stealth rather than blowing everything up, but we had a good time watching it anyway.
Posted by Gerald Saul at 10:57 AM