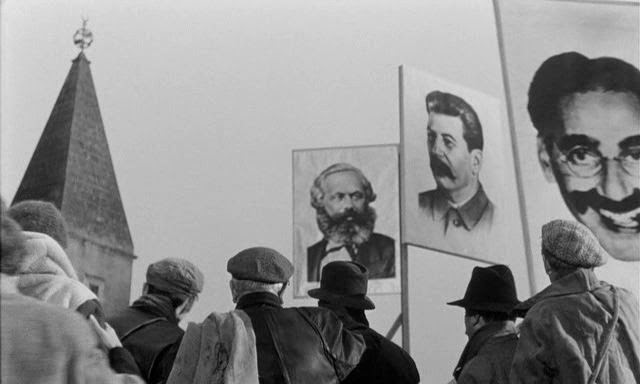 I've been feeling that "French Friday" when William and I watch a French movie has become the high point of my week. Today we watched "Yoyo" from 1965, the second feature by clown/director Pierre Etaix. He writes about each film but often we have a discussion about his interpretation of things. Often without prompting, he understands that aspects of the film are metaphors. Today we talked about the elephant and how it is representing freedom from the confines of money.
Posted by Gerald Saul at 10:21 PM