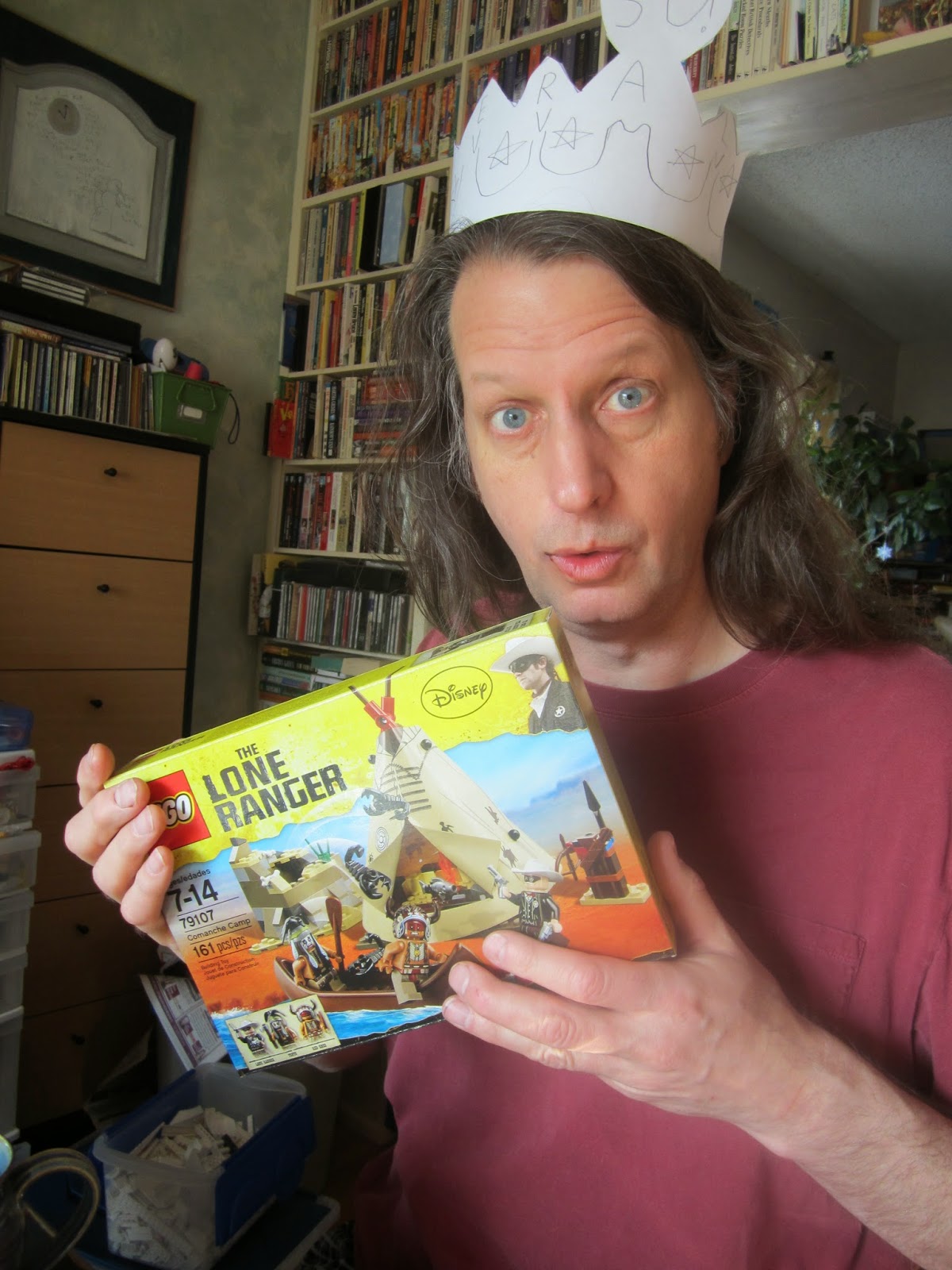 Margaret and William bought me a Lego set for my birthday. I'm told that there was some dispute at the store with Margaret outvoting William on what to buy. They got me a "Lone Ranger" set which includes the Johnny Depp Tonto minifig. If you look at the history of Lego, there were numerous early "cowboys and indians" sets. However, this theme has been suppressed in recent years due to the inevitable racial stereotypes created with the First Nations people being clad in feathered warbonnets and fighting with tomahawks. However, I have no doubt that the Lego company itself has been looking for a new way to re-market this theme and with the release of Disney's "Lone Ranger" last year, they found it. With Disney taking all the flack about stereotypes, Lego was able to slip in under the radar and put out all the teepees and canoes they wanted. William thought that purchasing such as set for me was stupid. Margaret felt that it would appeal to my postmodern, ironic sensibilities. She was right. William is such a millennial.
Posted by Gerald Saul at 10:13 AM