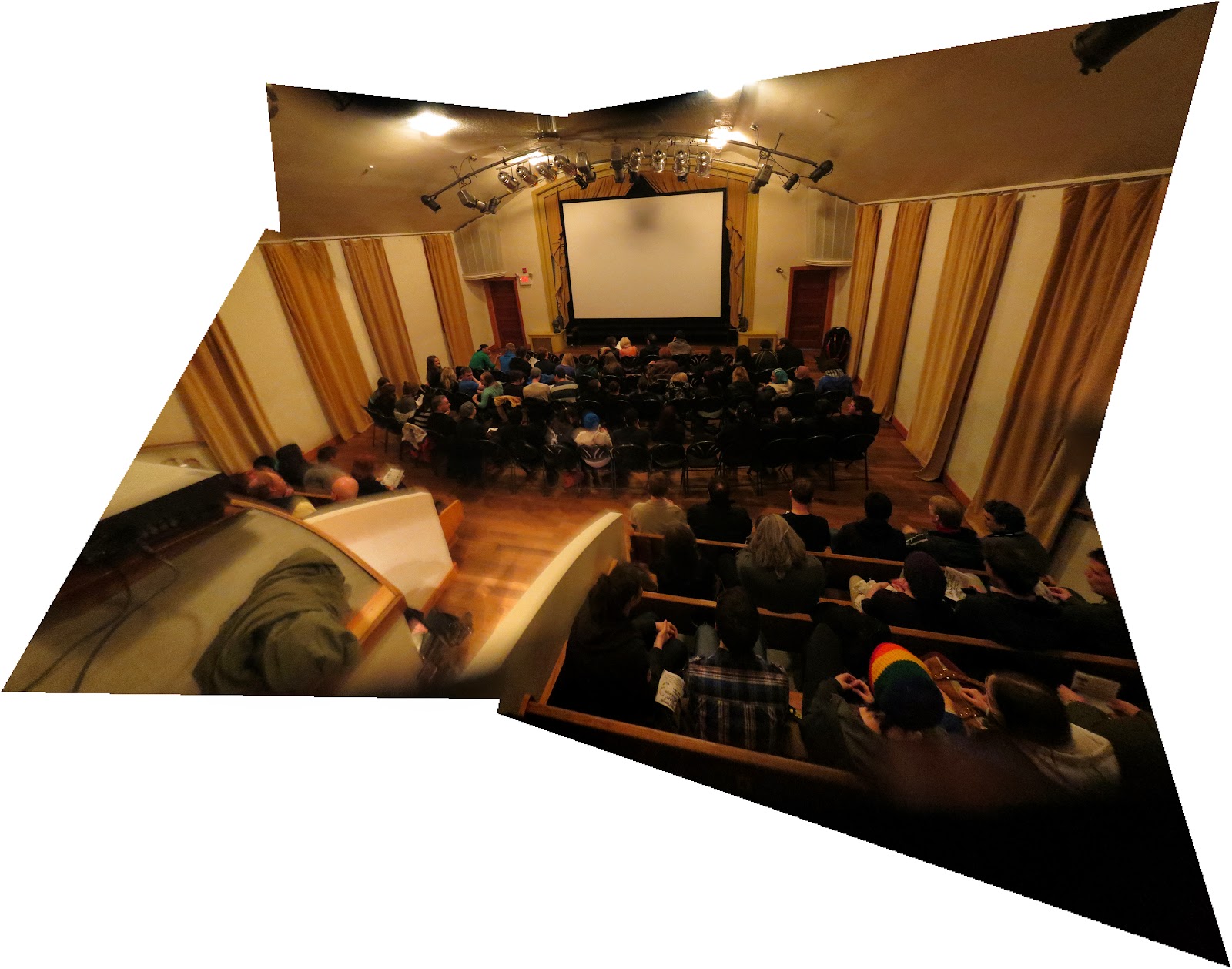 The first half of the fourth year films screened at the Artesian. I put out my back while I was hanging out home alone (Margaret and William went to Marla's to dye eggs, it being Good Friday). I didn't socialize afterwards since I was in such pain. My cold is going away but now it is a combination of pain and pain killers which has me in a drunk-like hallucinatory state. The first of the two most memorable films tonight was the finely crafted "Paragon" by Zoe Gaudry and Omar Ismail which was a claymation story about a sex-bot with a manufacture flaw. The other film which stood out was "Gunslinger" by Ryan Radwinski and Kyle Parkinson. This is a minimalist adaptation of a screenplay Ryan wrote in my course last fall. The production quality was so low and the mistakes so glaring that it was almost sublime.
Posted by Gerald Saul at 10:14 PM