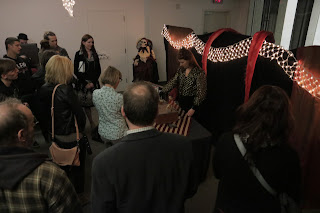 The Caligari Project had another really amazing night. The Filmpool screening was at capacity with standing room only in their 180 seats theatre. The rest of the "hoard" (the security reported that they counted 299 people in attendance) were milling about in the galleries, awaiting the Prairie Puppet Underground sideshow. Chrystene outdid herself with a new persona (missed his name) who was constantly repairing the intricate and frightening fortune telling machine. Berny's Noserfatu single person puppet theatre was very cool, as was Kenn's gear based display of wonders. The Fiji Mermaid was over the top creepy. Sylvie's "Man Eating Chicken" was hilarious, as were Terri's cat tricks, and Rowan did some wonderful work with marionettes. I was able to build a suitcase film theatre for single viewers to see the world premiere of my new film "Testament of Frankenstitch". 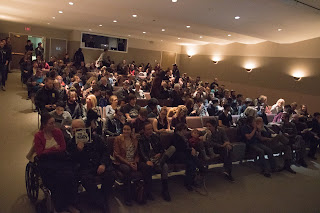 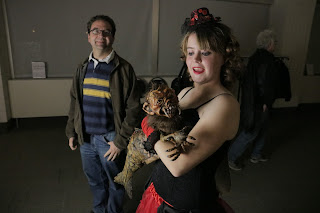 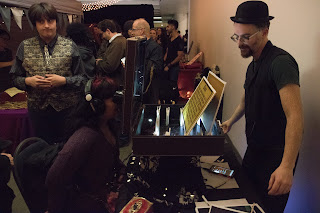 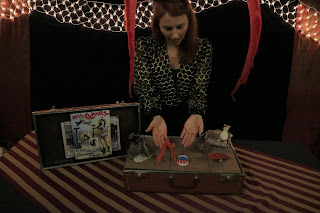 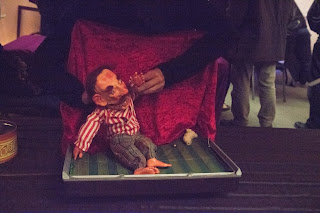 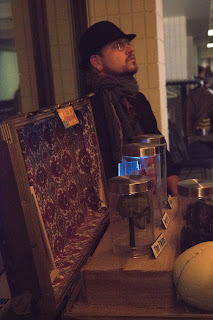 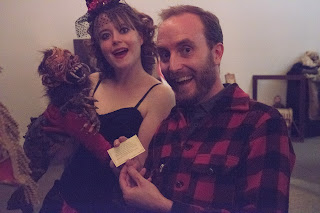 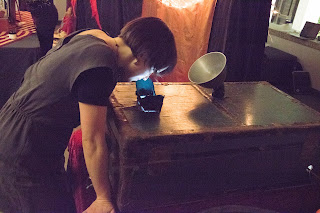 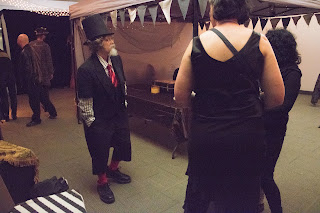 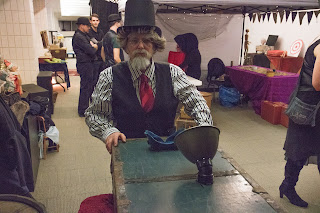