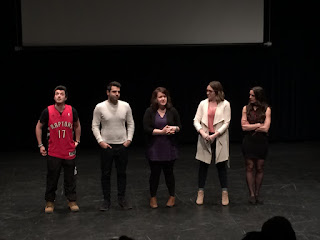 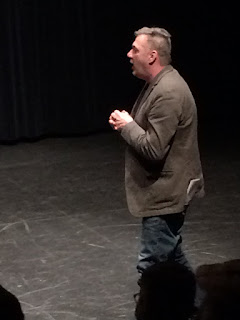 William and I attended a screening of three films made by journalism students at the university. One of the films was made by a group which included Kyle who was in my grad course on Fridays this term. His supervisor is Trevor Grant who I've not run into since he graduated a few years ago, even though he's been working just a couple of buildings away. We made plans to connect later in the summer. The films were strong but sort of frightening by the end. One was about schizophrenia, the next was about ex-cons and their frustrations over not being able to find a new place in society, and the one Kyle was a part of was about a guy with a multiple personality disorder. While he generally seemed funny and nice, he had some manic moments that felt on the verge of violent and also often appeared to be making very bad day-to-day decisions with things like electrical cords.
Posted by Gerald Saul at 11:48 PM