I really enjoy going to movies in the theatre. They are loud and big and the seats (at least these days) are comfortable. It has been years since I've wanted to walk out on a movie, and but for being with a group, I'd have marched out of "Wrinkle In Time". While I liked the lead actress, the only other redeemable performance was the mean girl, on screen for only two minutes, and a role I generally never like. The story, the performances, the costumes, and the whole damn idea of this film annoyed me more than I can say. If what they said in the film was true, I should have been able to wish myself home and away from this mess. Instead, I stuck it out so that I could complain about it here.
William and Allan both drew from the smoking women book. 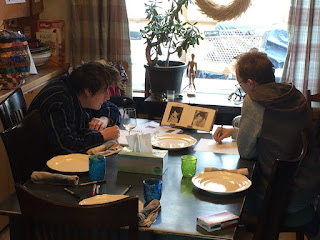 Afterwards we went and got some cool cane sugar sweetened pop - that's a party. 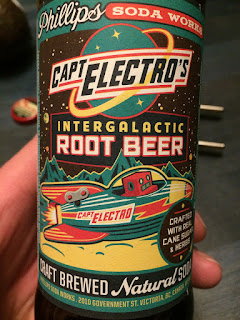