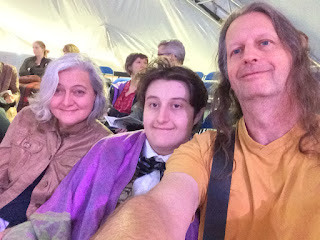 We managed to get front row tickets for Hamlet Sunday matinee after the Friday show was canceled. I wanted to be back for 7:30 so we had to drive directly home after the play. The weather had turned a bit chilly in Saskatoon, partially due to the thick smoke, while Regina was nearly 40 degrees. I didn't bring any jacket, sweater, or even a long sleeve shirt so we huddled in the tent before the show to keep warm. After getting home, the house was hot and muggy when we got in but aired out by midnight. The play was pretty good. The Hamlet actor was really good with the comic elements of the character but I thought the more dramatic parts such as the soliloquies were just okay. I started getting a migraine but managed to clear it and have a nice evening at Geremy's. 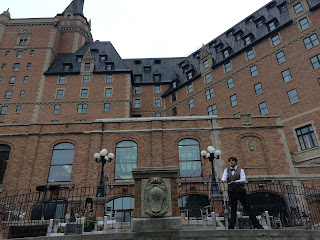