Titus A. puppet performance was fantastic 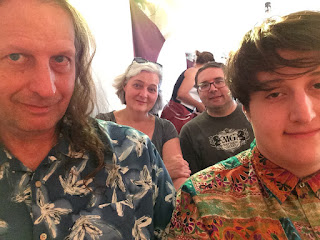 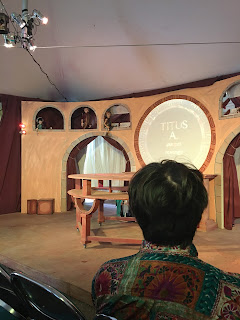 Our top goal for being back in Saskatoon this weekend was to take in Titus A., an adaptation of Shakespeare's Titus Andronicus in puppets directed by Kenn McLeod. While it was pretty hot out, the bigger problem was the thick smoke from BC that filled the air. We found out later that a performer in Hamlet, playing simultaneously to Titus in the main tent, passed out due to the smoke and they canceled Merry Wives evening show. At a street sale after the play I met Lance Wark, a guy who makes leather steampunk stuff in Saskatoon including these goggles, which I gave to William as an early birthday present. 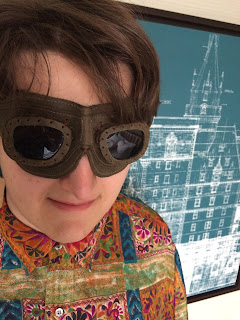