Very busy day today which began with William's breathing/lung test which I think went okay. Later in the afternoon we attended the commemoration of the new Michele Sereda Park out in a very new neighbourhood off the end of Dewdney. We had to miss the Slate opening (Marsha Kennedy) to get to the Swampfest opening which included a film screening of various monster/mystery films including my new "Scream for the Monster", followed by a very cool lecture about mythological monsters by podcaster Micah Hanks. 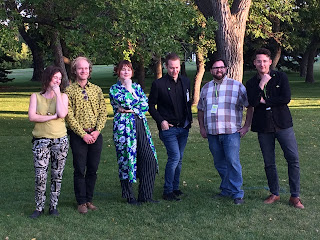 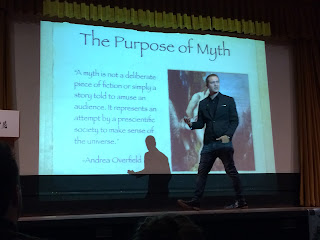