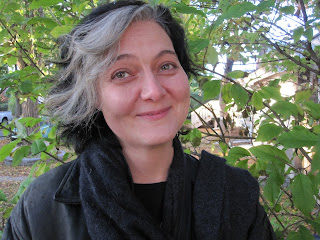 Margaret has her hair rockin' ready for Saturday's MacKenzie gala and for the greatest holiday of the year, Halloween. I put Bauhaus's "Bela Legosi's Dead" on for the first time in a decade and was surprised at how unfamiliar it seemed ... that is until the vocals began a few minutes later and I realized that I'd put it on at 33 1/3 rather than 45. Wow, haven't made that mistake in a while.
Posted by Gerald Saul at 10:31 PM