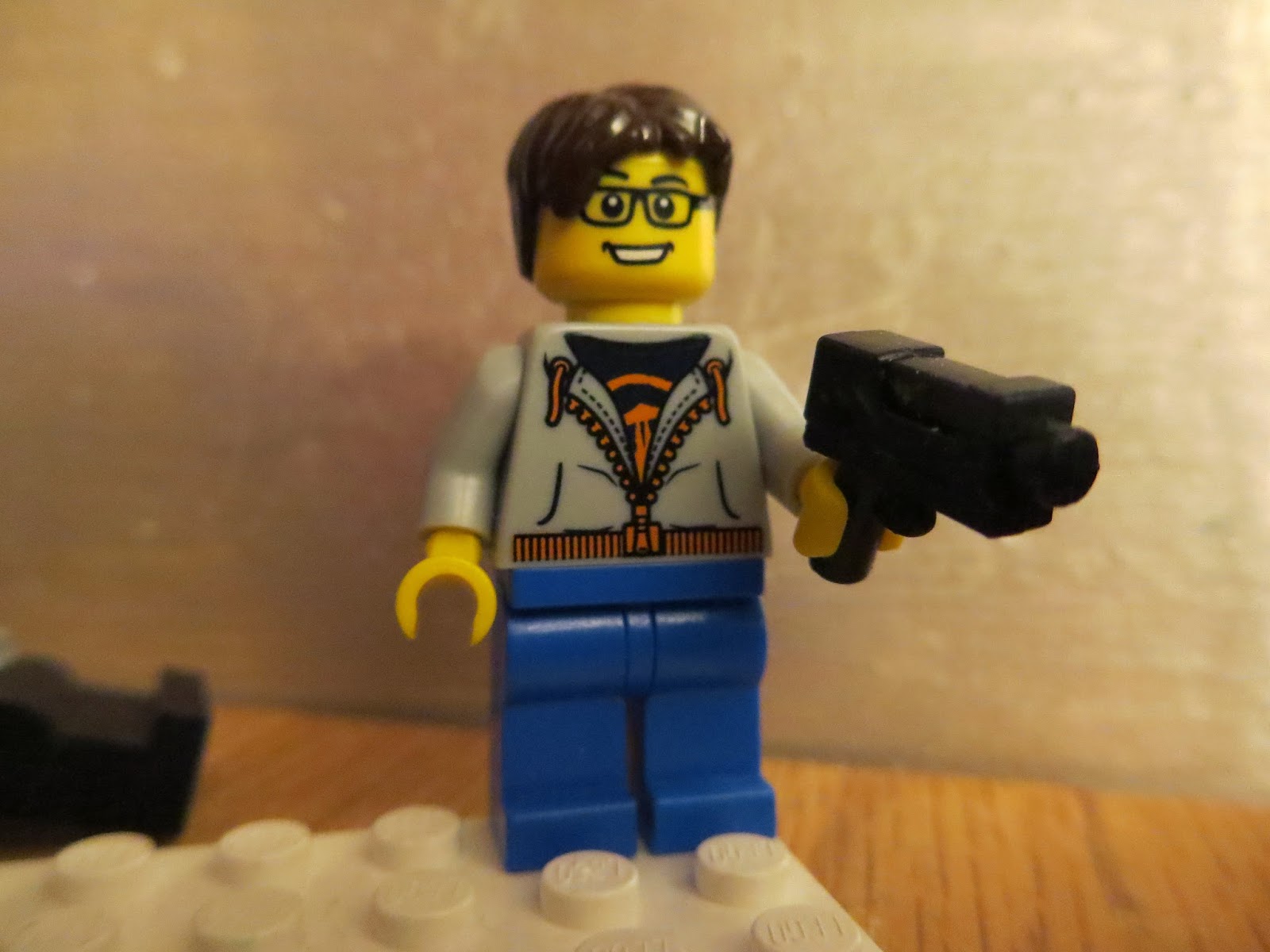 Had lunch with Geremy and Dianne at the Pita Pit. Just after I paid and sat down, I was mystified by the line coming to a stop. Apparently the bank connection broke so they could only take cash. Dianne paid but Geremy, being a millennial, doesn't carry currency and got his meal free.
I showed him the Lego figures that William made that he'd already seen in the video from Saturday, but I also surprised him with the Lego Mr. Lague that William made. He thought it was very cool.
Posted by Gerald Saul at 6:10 PM