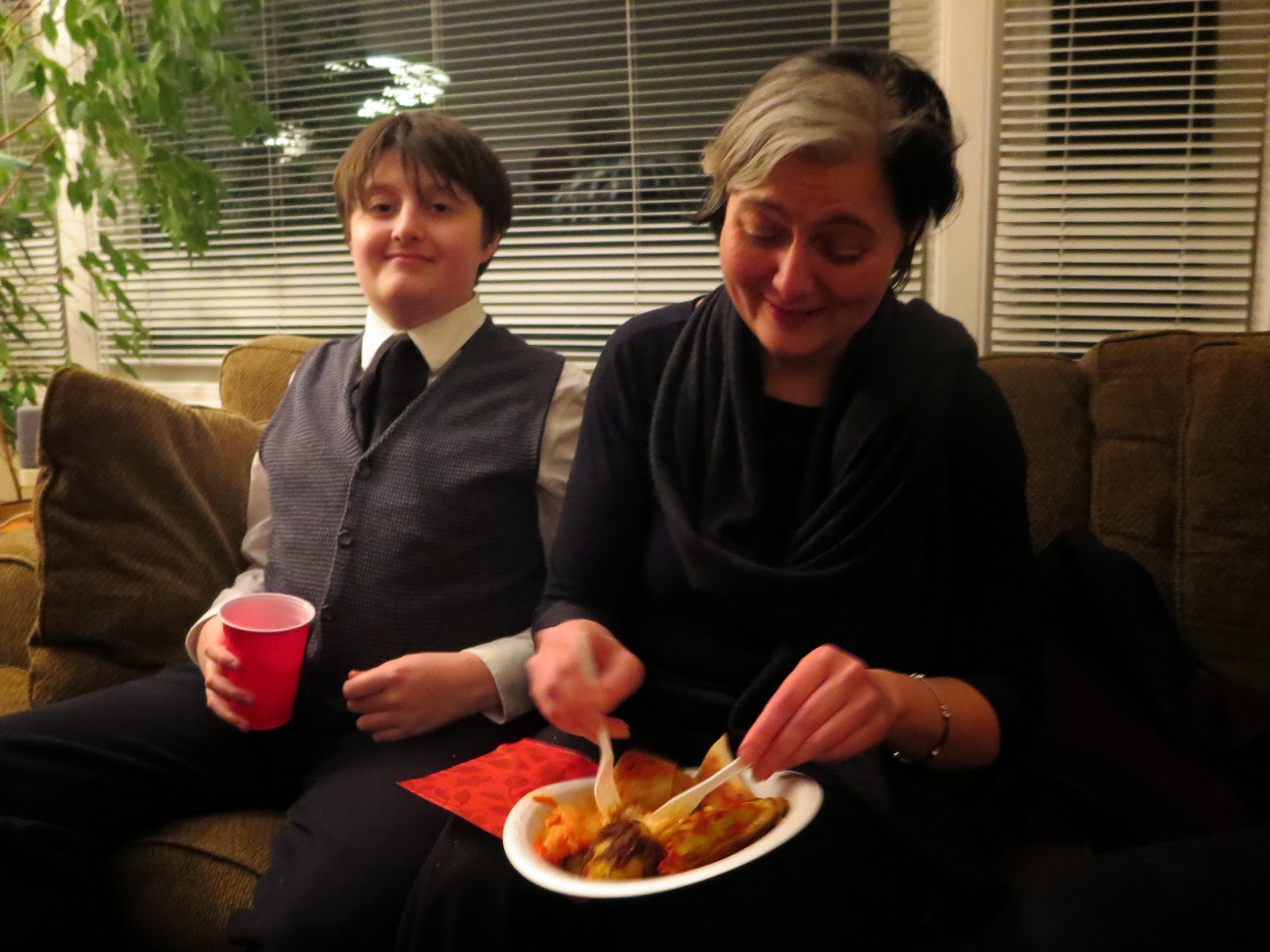 William and I watched Die Hard 2 this morning. I was wondering about the element of time in this film. He seems to be able to run place to place quite quickly, even though airports and their runways are really really big.
This evening we went to the symphony. The high point was the soloist Marc Bouchkov who was very much the "bad boy" of classical music. He had nice clothes but the fabric of his pants looked wrinkled, he had no tie, was unshaven, and performed with attitude. The piece he performed was the Hero's Symphony, which I'd never known the name of before. The program says it is one of the most difficult but also the most recorded of 20th century classics. I'm certain that I've heard it a dozen times under restored silent films. It has a great range of melodrama, pathos, and romance. 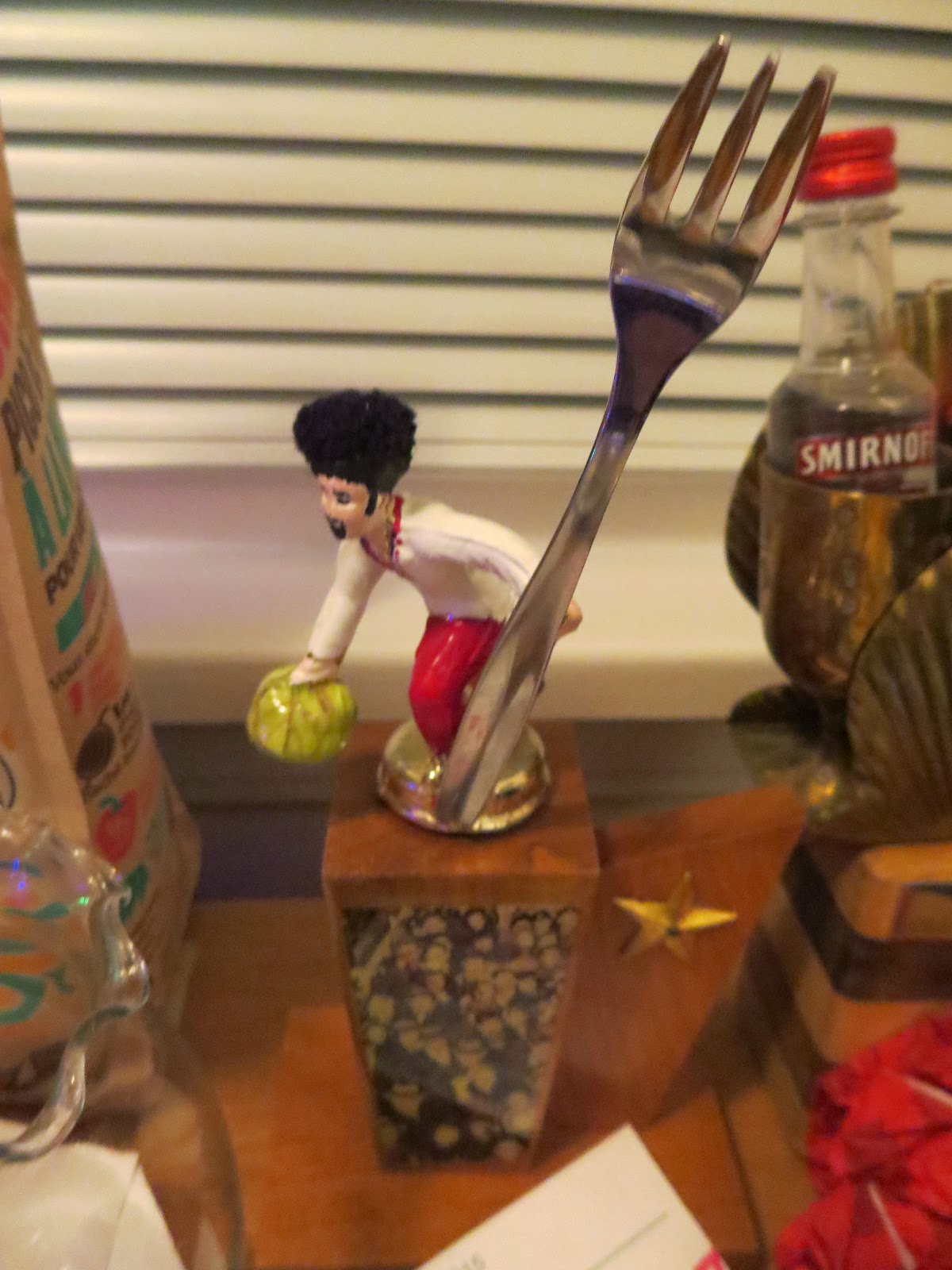 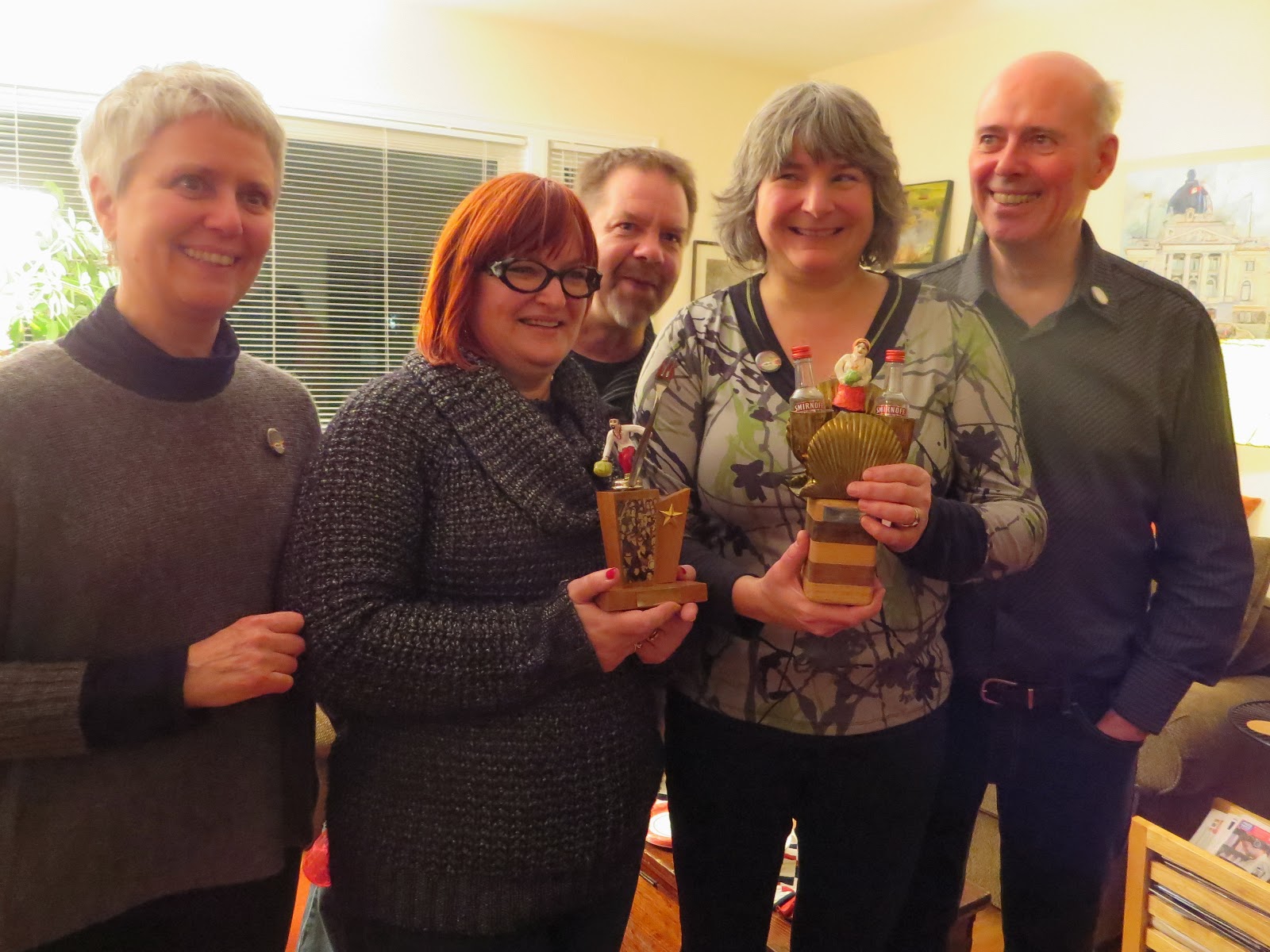 After the symphony we went to Heather Cline's annual cabbage roll party. There was a new trophy for people choice. Brian Gladwell had great socks. 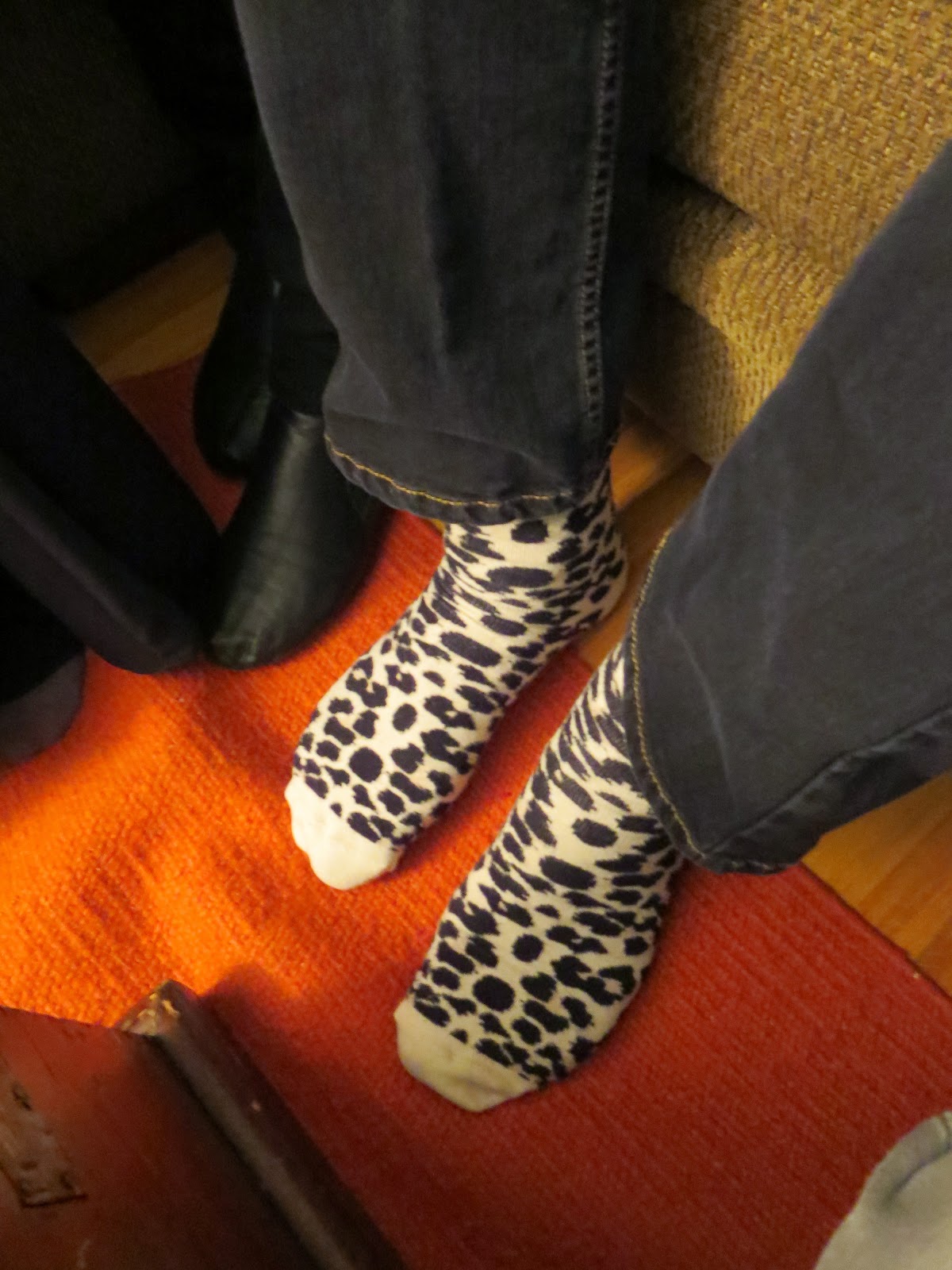