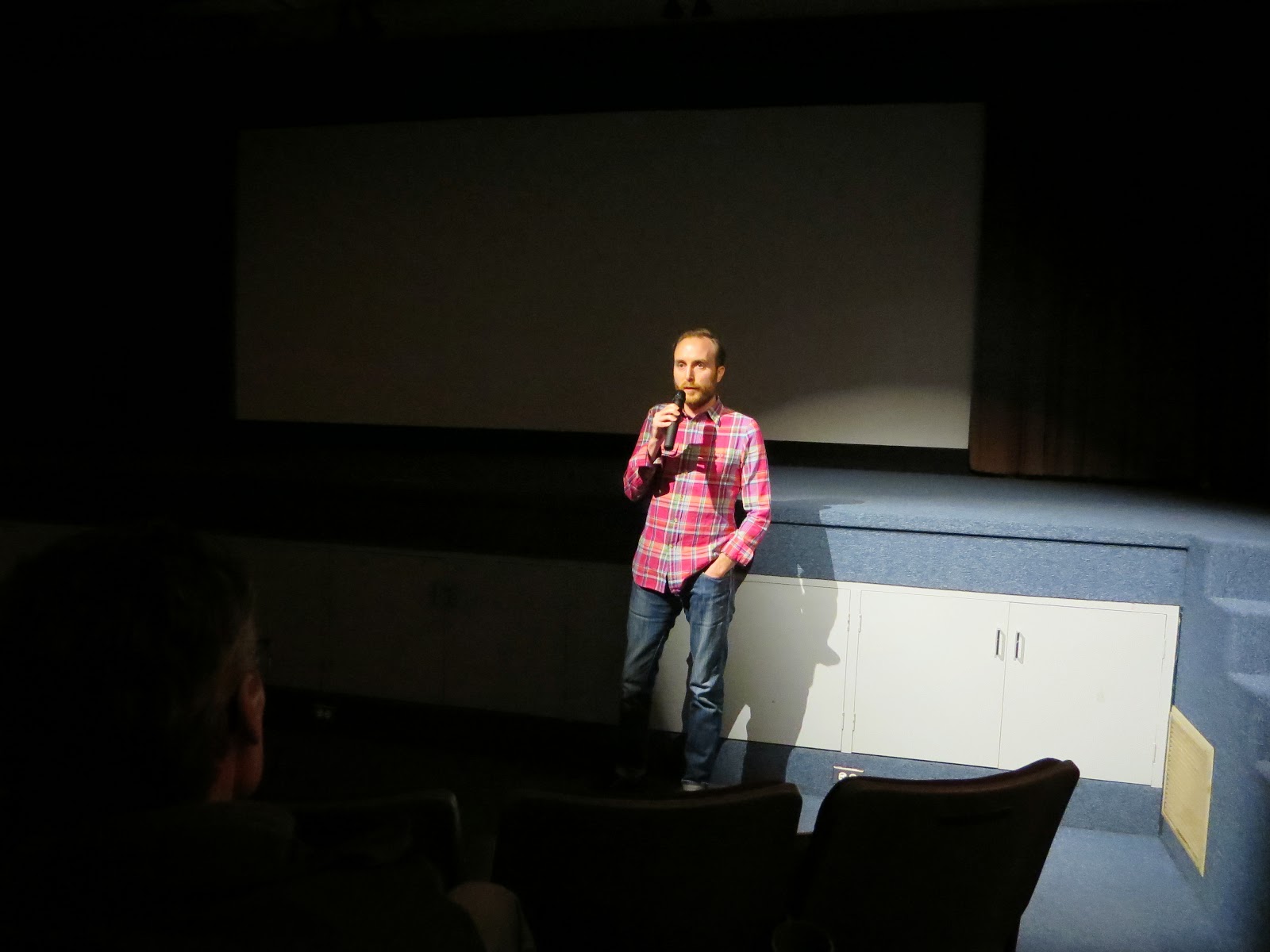 Mike Rollo brought in a great collection of experimental films from Winnipeg to show at the RPL (co-hosted with the Department of film and the Filmpool). Even though it was really cold again (and I really really didn't want to got outside) I went. There was a pretty good crowd and I think everyone was happy to have braved the weather. The films were funny and charming. The line up was:

The tone was set with the minimal but elegantly photographed "Controversies" which featured clips of ridiculous moments from a long running Winnipeg call in radio program over top carefully staged images of people listening to the radio. I usually am averse to films which promote laughter at individuals who are not trying to be funny, but in this case I felt that they brought all the ridicule upon themselves by insisting on using the radio to air their poorly thought out grievances.
Many of the following films also relied upon the absurdly dry Winnipeg sense of humour, which surprised me after seeing the list of filmmakers. I'd been expecting a more formalistic, less tongue in cheek evening. I guess I shouldn't be surprised, I try to send my own funny work out to screen. It seems to raise the odds of inclusion.
Posted by Gerald Saul at 12:48 PM