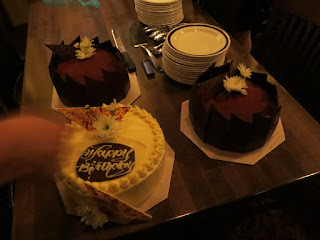 Saturday night supper at the restaurant concluded with three cakes from Kokos (with almost an entire cake left over for brunch the following morning). Many of us ended up at Lori's afterwards for more food (that mostly went untouched except for the compulsion of snack with our idle hands). William fell asleep on the couch at 11:30, something he didn't even do when he was a little kid (I think high school has him more tired than he'd like to admit). 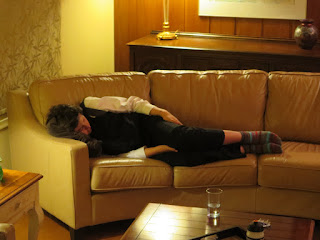 Sunday morning was a smaller gathering at Mom's. William and I store Quinn away for the afternoon to hit a matinee of "The Martian". It was written by Drew Goddard who wrote and directed "Cabin in the Woods" and wrote a bunch of Buffy, Angel, and Daredevil.
Posted by Gerald Saul at 9:02 PM