Saskatoon for Hunchback of Notre Dame and Cajun food

William and I drove up and back to Saskatoon today to see The Hunchback of Notre Dame at the Roxy with live music by the Saskatoon Symphony. It is an odd film in that it is rather old fashioned in its construction (even for 1923) with most of it shot in master shots and a title card every third shot. However, the Lon Chaney performance was far more bizarre than I'd remembered with his tongue constantly flicking out of his mouth and his deafness expressed clearly but his surprised pantomime every time he becomes aware of people behind him. It was fun. 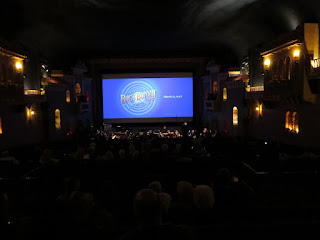 Mike joined us for the movie and for Cajun food afterwards. We went to the Mardi Gras Grill, a couple blocks from the theatre, and it was okay. There was a good range of selection on the menu. This was the first time William tried Gumbo and he ate ever bite. He also tried my alligator (which was also a first for me). 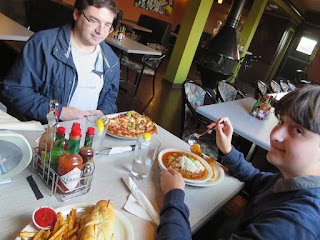 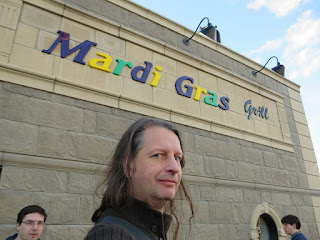 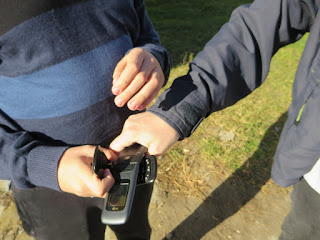