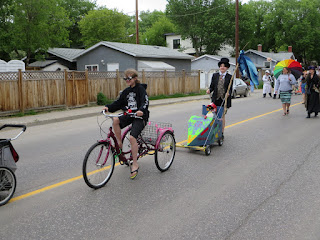 This year's opening parade for the Cathedral Village Arts Festival ended a few minutes ago, turning as it does into a party at the Les Sherman Park (in and around the Balkwill Centre). The parade was of a similar scale as previous years but began three blocks earlier, either to avoid congestion or because of the school construction. Whatever the reason, it felt less rushed. Lots of costumes and colour. William and his friend Xander took the modified go cart along with Gertrud's three wheeled bike in it. I'll be back for the comic jam shortly. 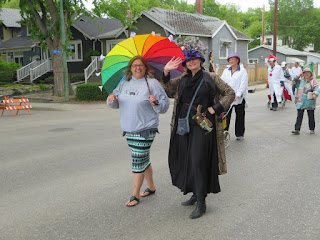 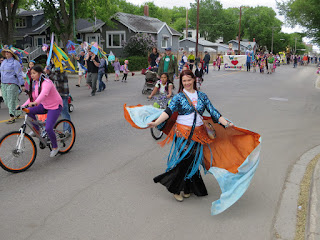 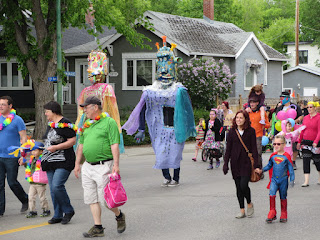 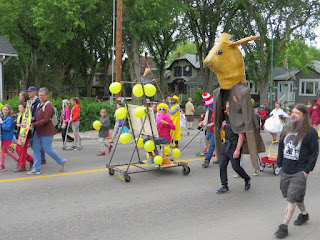 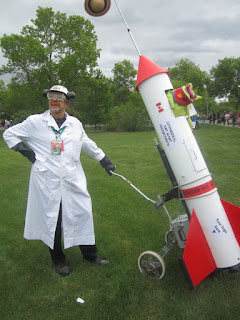 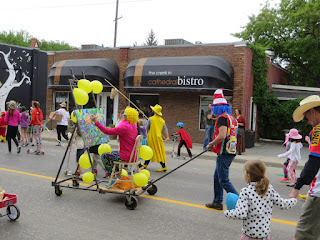