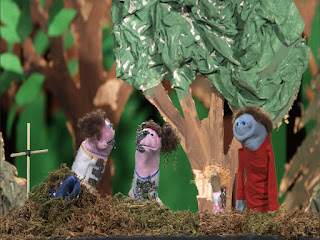 In a surge of forward momentum, in recent weeks I have re-cut the entire 150 minute Sock-Vile program, originally 15 episodes, into 3 shorter films of 28-30 minutes each. I then worked on cleaning up the sound so that dialogue was all from the clean original recordings. I have then taken the first of the the three episodes (they are not really numbered 1-3 but are actually concurrent episodes) and have made a first pass at putting effects into them. I made some big gaffs, mostly because I was working late at night and not always looking at the images in full screen (for example, the shot of Marsha and Simon below has a camera case behind the buildings that I thought was a dark building when I inserted it), but I at least have a program that we can watch. I'll probably try to do all three before I worry about fixing the first one, but this will need to wait until I am installed at the gallery (although I have ideas for a gallery tie-in... but that will be a secret for now). 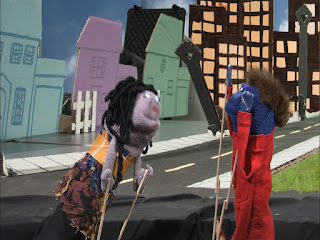 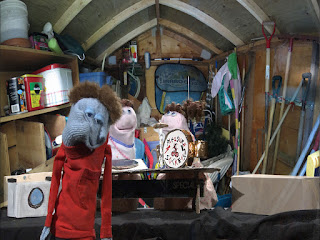 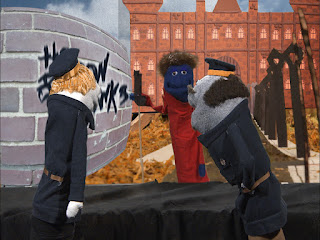