William's final project in Social Studies and English was a combined effort to create a museum display based upon his assigned novel (Three Day Road) and the issue of colonialism. He put together the ubiquitous poster (ends up that everyone else did as well) along with the skeleton of the poor schmuck who lit a cigarette when a sniper was nearby. He loves his WWI stories. 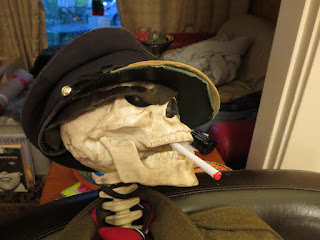 I finished cutting my parts for my stereoscopic viewers. Some assembly still required. 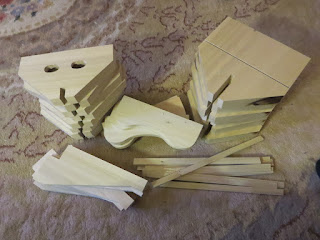 Margaret painted one of the bat houses for the NDH fundraiser. The cats both tried to help. 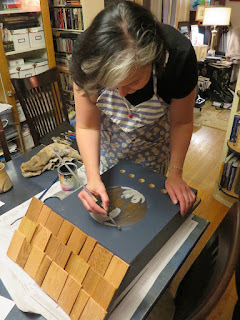 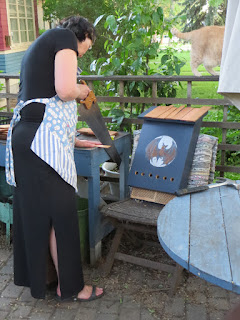 There was a "strawberry moon", which is a name given to the full moon when it lands on the solstice. It looked nice but any colour shift is likely in the imagination. 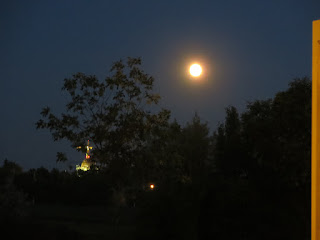