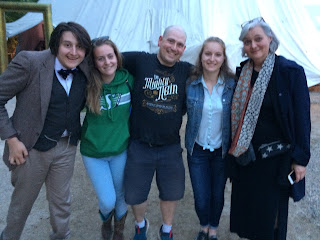 Although it was one of the least plausible Shakespeare plays, we really liked the Comedy of Errors set in a Florida trailer park with twin brothers separated at birth, one living in Canada, the other in red neck USA. Kenn played one of the leads. We got a chance to chat afterwards, but only briefly as the final set of notes from the director were about to be discussed. The girls drove up and stayed at an Air BNB and came to the play with us. We cruised around 20th street before the play, finding food and public art (likely a Nachtigall). 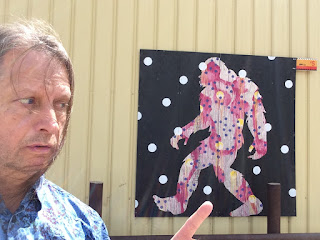