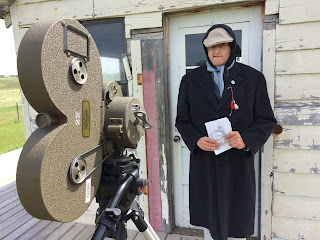 Headed out to the farm and shot significant portions of two scenes for Gentleman Farmer. The girls were out there but were roofing. On the first shot, I think I over wound the spring. It made a small ticking noise when I reached the maximum wind and then it wouldn't work. I had to mess around with it for ten minutes until finally it ran again. I avoided winding it to the maximum after that, which means my long takes (such as in the typewriter scene) are a few seconds shorter than I'd have liked. 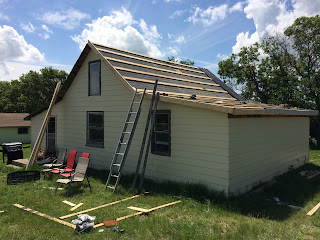 Cut the shooting short as we wanted to get back for a presentation of videos by Christine Negas who usually only presents video work in galleries. The complete sixty minute body of her fifteen years of work was tied together by a motif of death with which she really seemed to hide from saying anything with any great depth about herself or, for that matter, about death. Some funny stuff here and there, but also some parts that were disappointingly sloppy. 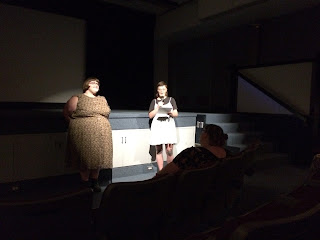