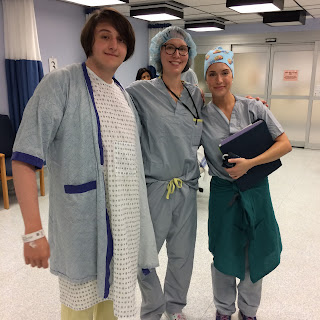 We brought William to the hospital at about 6:15 am and they started getting him processed and ready for surgery. One of the surgeons had an emergency surgery early in the morning so William needed to be pushed back a couple of hours. Surgery began at about 10 and at about 3 we were told they were ready to close. However, he ended up longer in the final stages than we expected as a new technique of  deflating and re-inflating the lung was used which allowed them to close without putting in a tube that would stick out of his body. We saw him finally at 5:45 in the recovery room, eating a pop-cycle and declaring "I feel great! ... except for the pain". 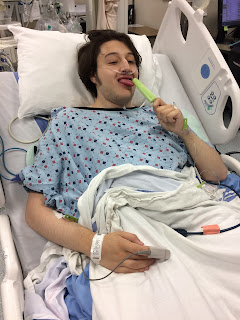