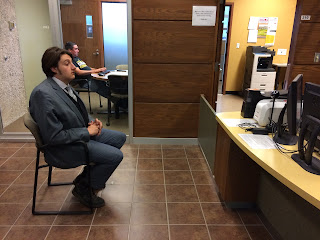 Today William got his student card photo taken (three tries, still unhappy) and we also took care of a number of technical details regarding his university registration. 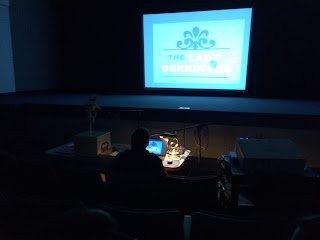 Later we attended the Dunlop opening which included a impressive presentation of projection art by Daniel Barrow. We saw him perform about 10 years ago and since then I've suggested his work to many grad students as a way of disrupting the method of production and finding new ways to engage more directly with audience. 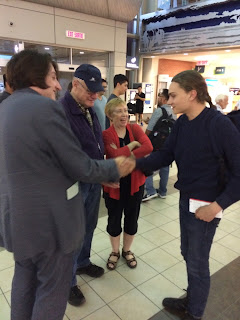 Griffin arrived and we met him at the airport. William and he will be creating a new film tomorrow. They only have the one day window, so it will probably be crazy and hopefully more fun than stressful.
Posted by Gerald Saul at 8:57 PM