Cathedral parade and the return of Canister the Robot 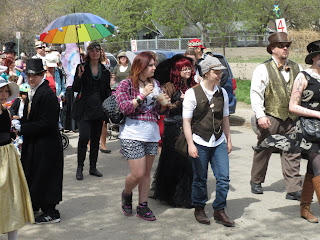 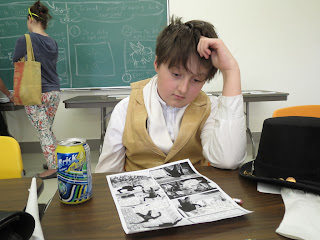 Neither Canister the Robot, nor his nemesis Professor Delusia, were in the parade to launch the Cathedral Arts Festival today, but both were in my comic book jam comic. William marched in a 1940s black wool coat from Germany and did some drawings. He also worked with Teagan over the past two days on a comic for the jam. It was 14 pages long but all in full page images. I shrunk it and moved frames around until it was 4 pages. I had to replace some hand written text with typed text because it got two small in the process.
Posted by Gerald Saul at 4:49 PM