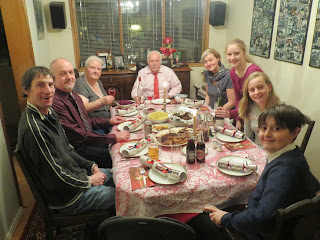 Christmas eve at Gertrud's was wonderful. William's cousins, Katherine and Kristin, were there and it was our first chance to see them since they arrived from Toronto the other day (hours late due to the ice storm). I think they really appreciated the photo album of the summer's adventures that I put together. People don't print photos as much anymore. Dinner was the traditional goose. 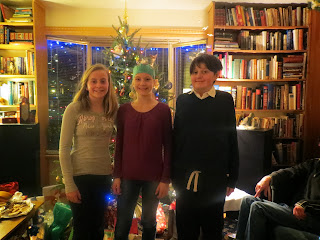 When we arrived home, the fireplace cover was once again moved and the rum and egg nog (with cinnamon stick to stir) and nanimo bar were consumed. William was surprised to find some Dalek blueprints, probably delivered by mistake as they certainly shouldn't have left the elf's workshop, inside of a tube alongside a "To Victory" poster for William's door. 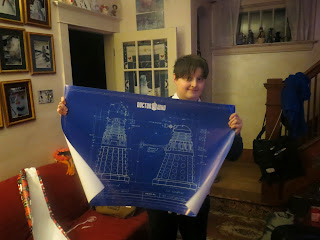