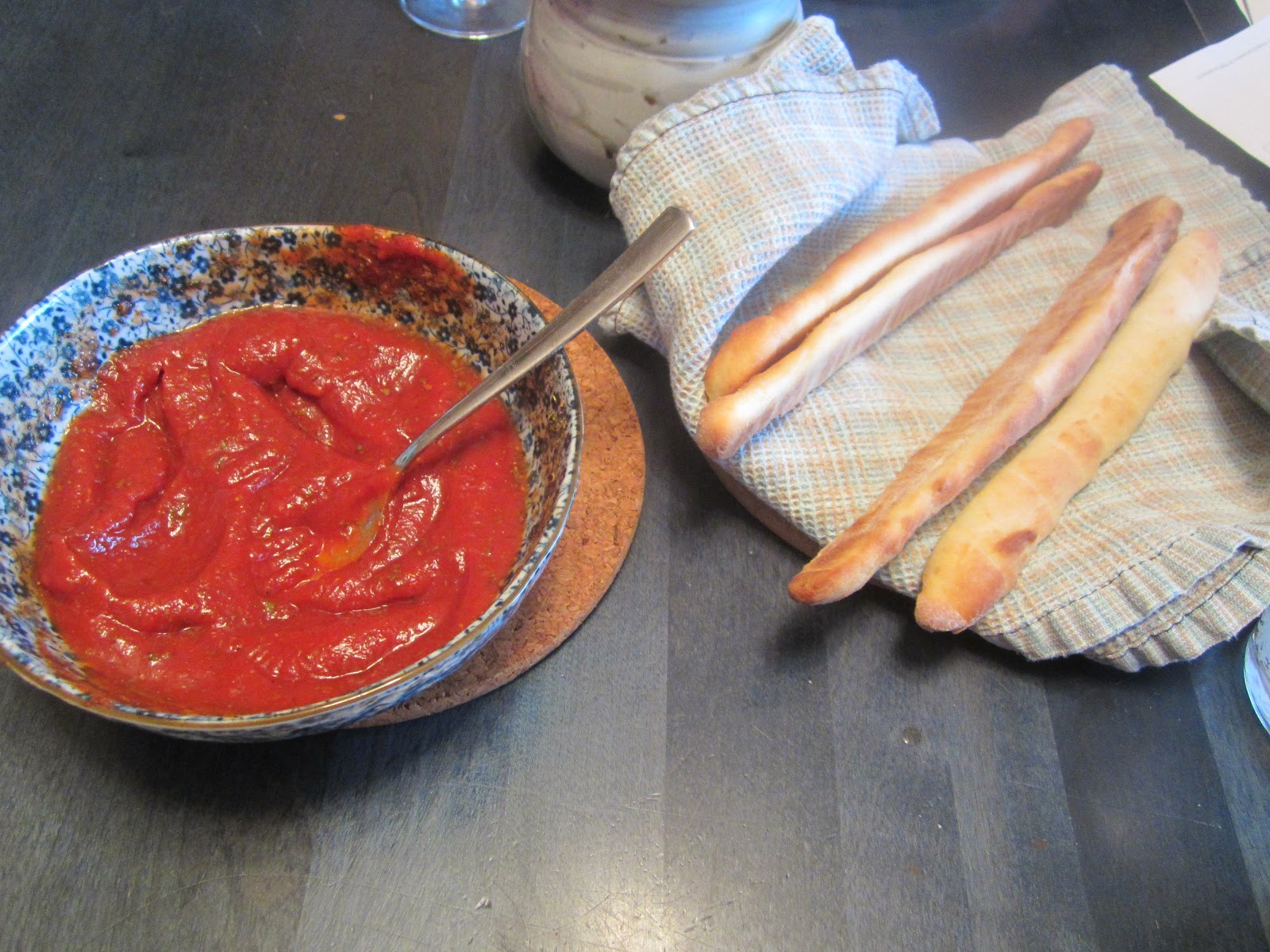 Years ago, around the time Margaret and I were first dating, I'd come to really like the Pizza Hut bread sticks, brought warm to the table with the pizza sauce to dip them in. Shortly after we began dating, we stopped going to Pizza Hut and instead I would occasionally purchase some sort of bread sticks to warm in the oven and dip in my (superior) sauce. However, for the past ten years it has been very hard to find bread sticks and I've all but given up enjoying them again until this week. William learned to make pizza dough in school. When he complained that the teacher insisted that his pizza have cheese on it, which would ruin the bread and sauce, I realized that we were kindred in this love of bread sticks. So after all these years, I have finally found someone who will make bread sticks and he lives in my own house! Joy.
Posted by Gerald Saul at 10:32 PM