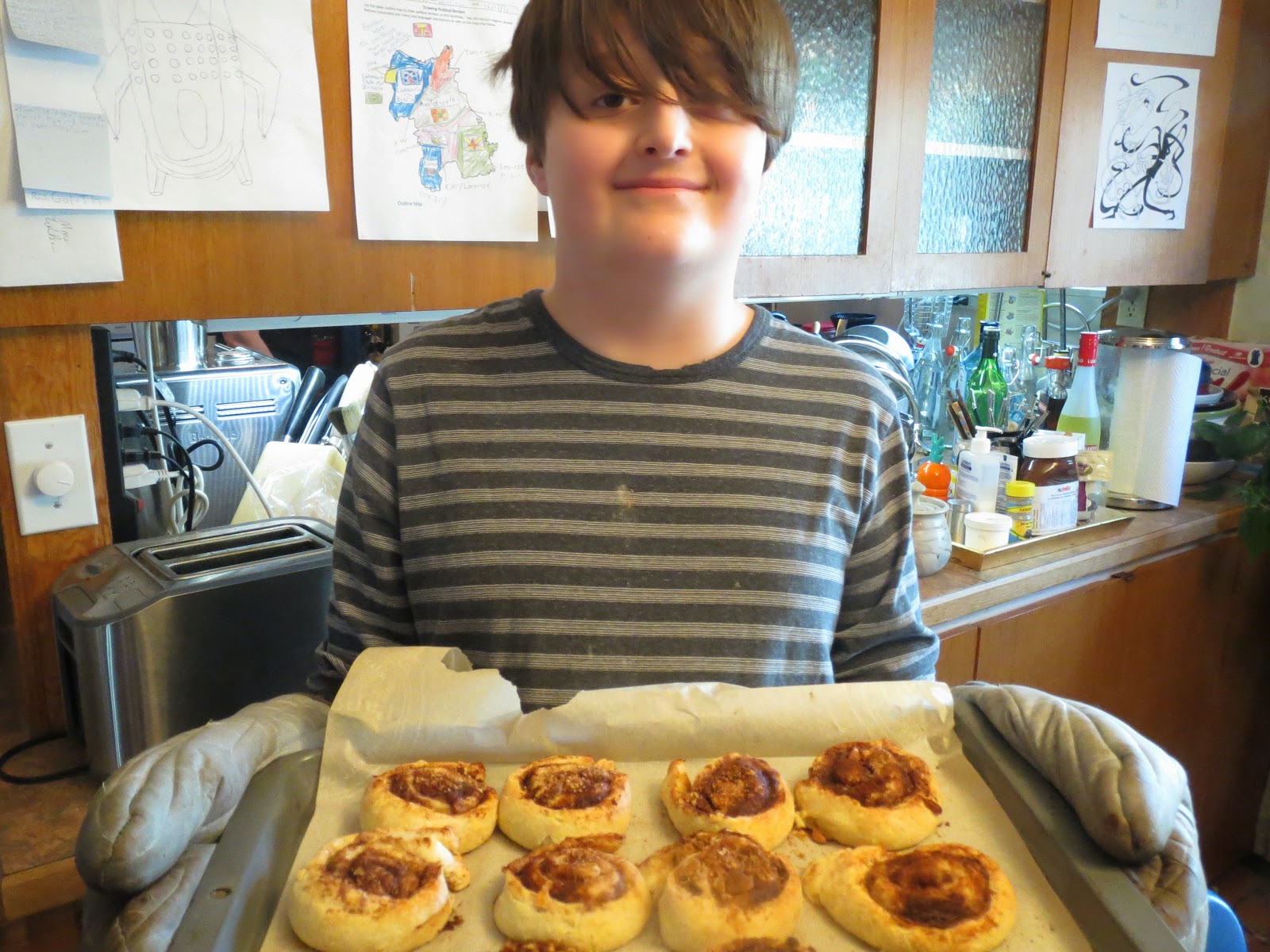 William had baking homework on two fronts. He was at the high school making some sort of cinnamon buns yesterday but didn't really do much of the work so wanted to try them. Also, he was supposed to write a recipe in French for French class. The buns turned out well (they used a biscuit base instead of a rising dough). I'm not as certain about the recipe. Margaret went out so he and worked on it together. Since I know even less French than he does, it was a bit of a hash as we looked up "recipe Francois" with google to find some of the common words and phrases. Otherwise, he named words he needed to make his muffins (we never found the French word for "muffin") and we looked them up in the translation dictionary. Gender? We really didn't consider such things. It filled most of  a page and we discovered that "tablespoon:" is "soupe", which makes sense since you could eat soup with it.
Posted by Gerald Saul at 10:33 PM