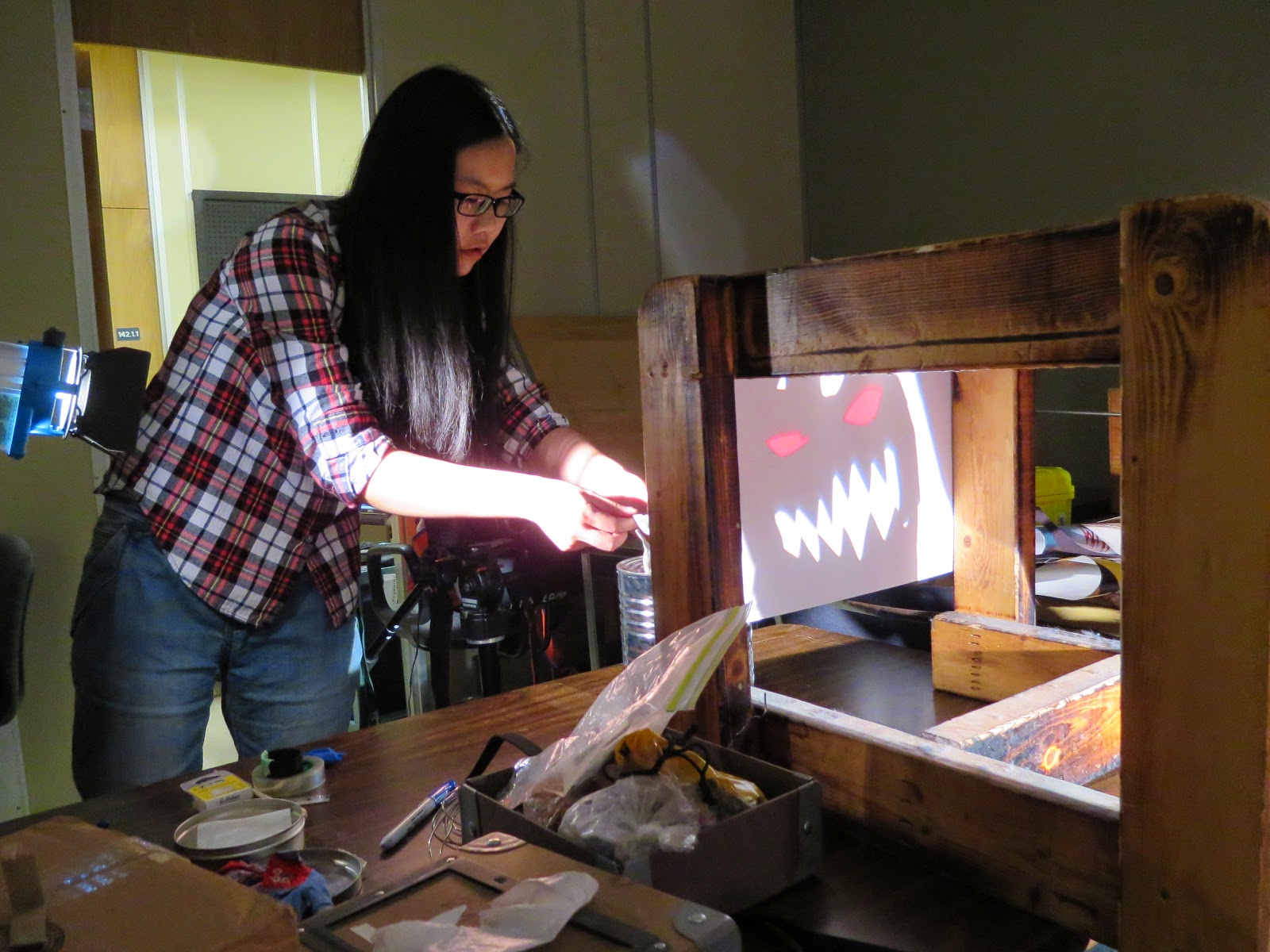 This morning I worked with An on some animation. First we looked at the reel of drawing/scratching on film which includes a bunch of film I created for Utopia Cafe in 1994-96. After that we did a test sequence mixing clay and a 2D projected image. It is a fun workshop for two or three people. I then met with Brett to talk about his project. Near the end, we also chatted about the comic jam last week and about how I met Allan Dotson while working on Utopia Cafe. On my way back to my office, I ran into Stephan Hall, the producer of Utopia Cafe, on campus to act in a film, wandering the halls looking for one of our impossible to find rooms. Great chat and weird coincidences. 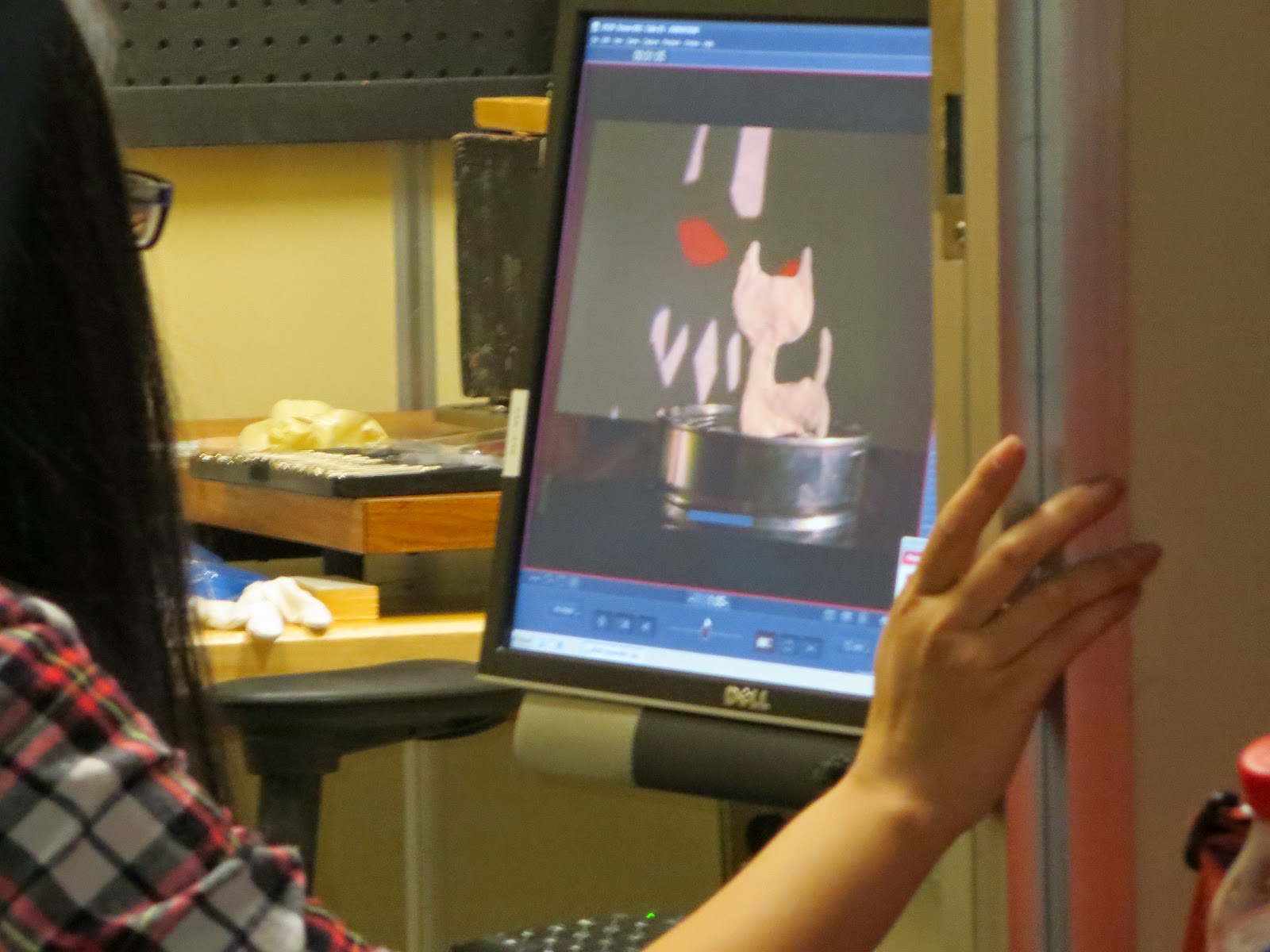