Forks Mall and the new Museum of Human Rights 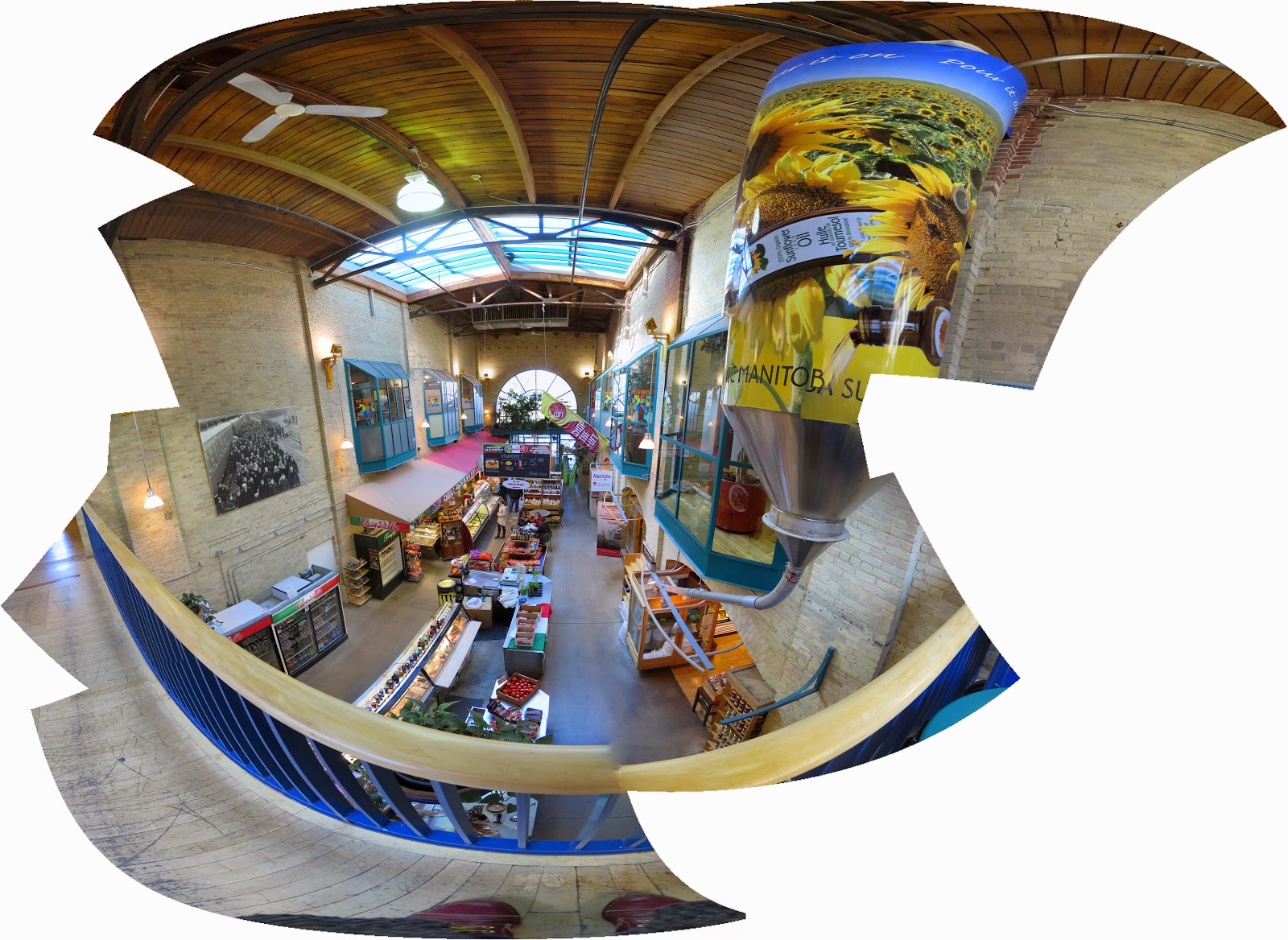 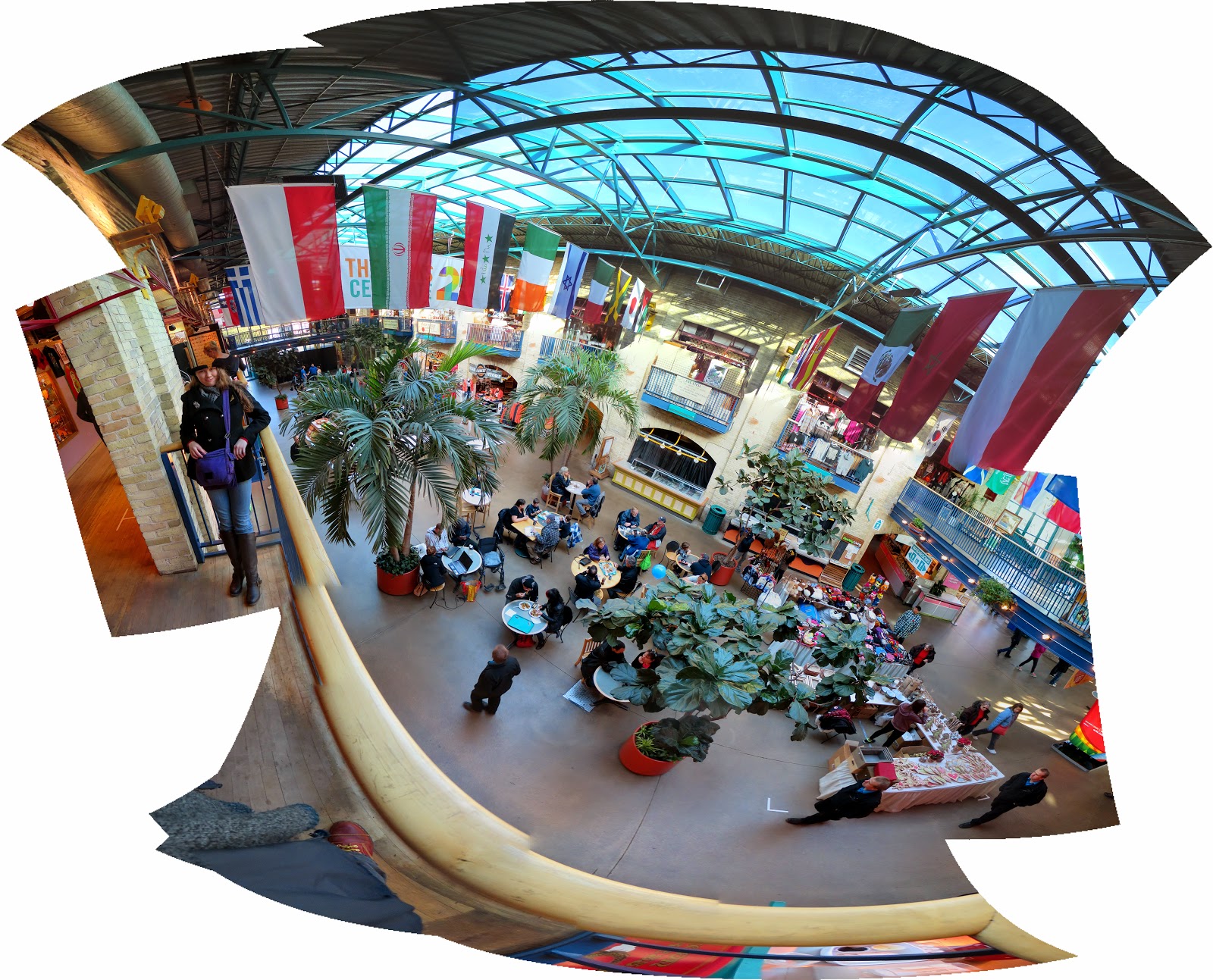 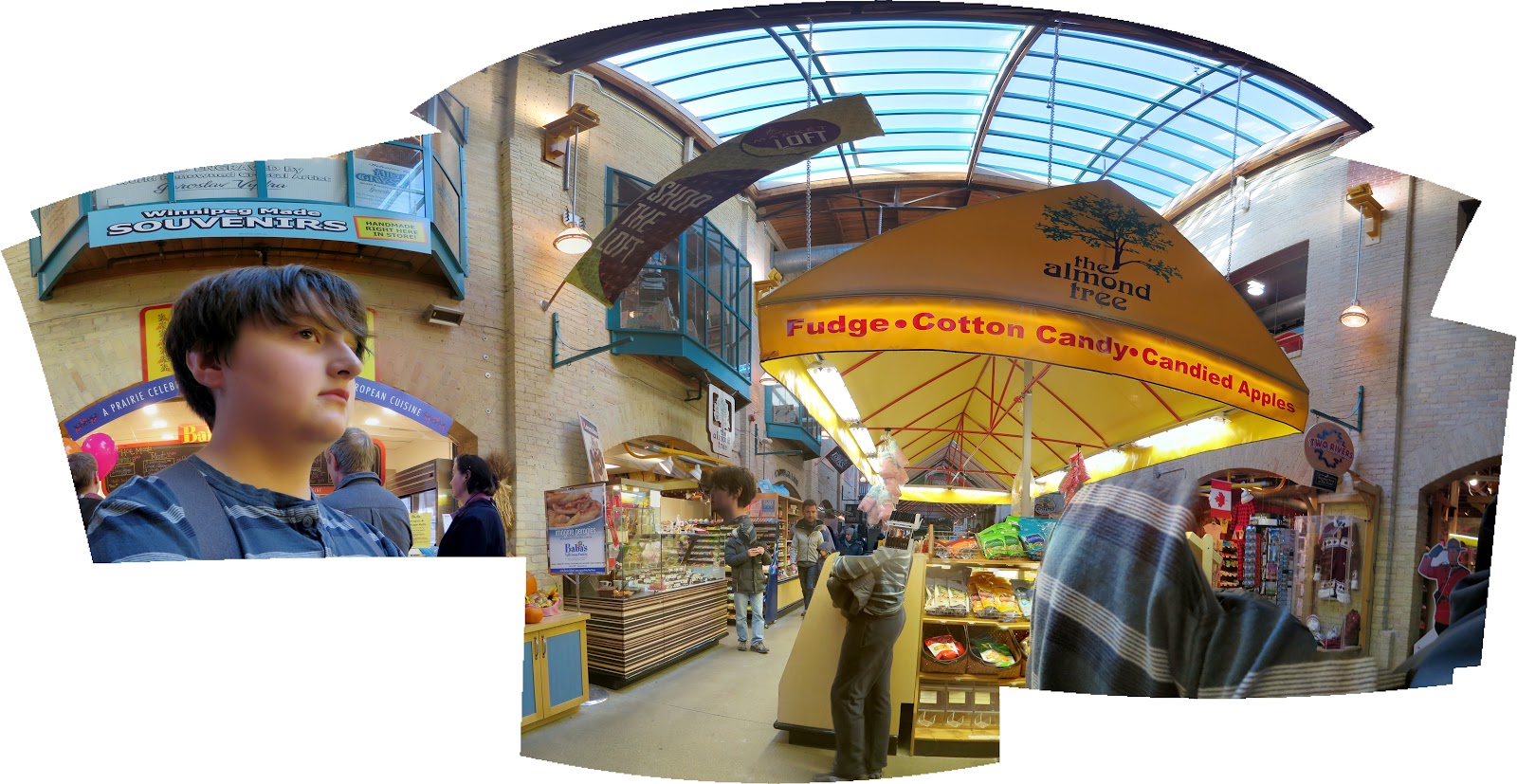 Today, the form thrilled me much more than the content. The Forks Mall in Winnipeg, which I'd last been to 20 years ago with Margaret, hasn't changed very much but we have. It was nice to have numerous craft and gift stores, but I really did't want any of that. On the other hand, I took the a number of photos to stitch together and we ate a bit of nice Ukrainian food. 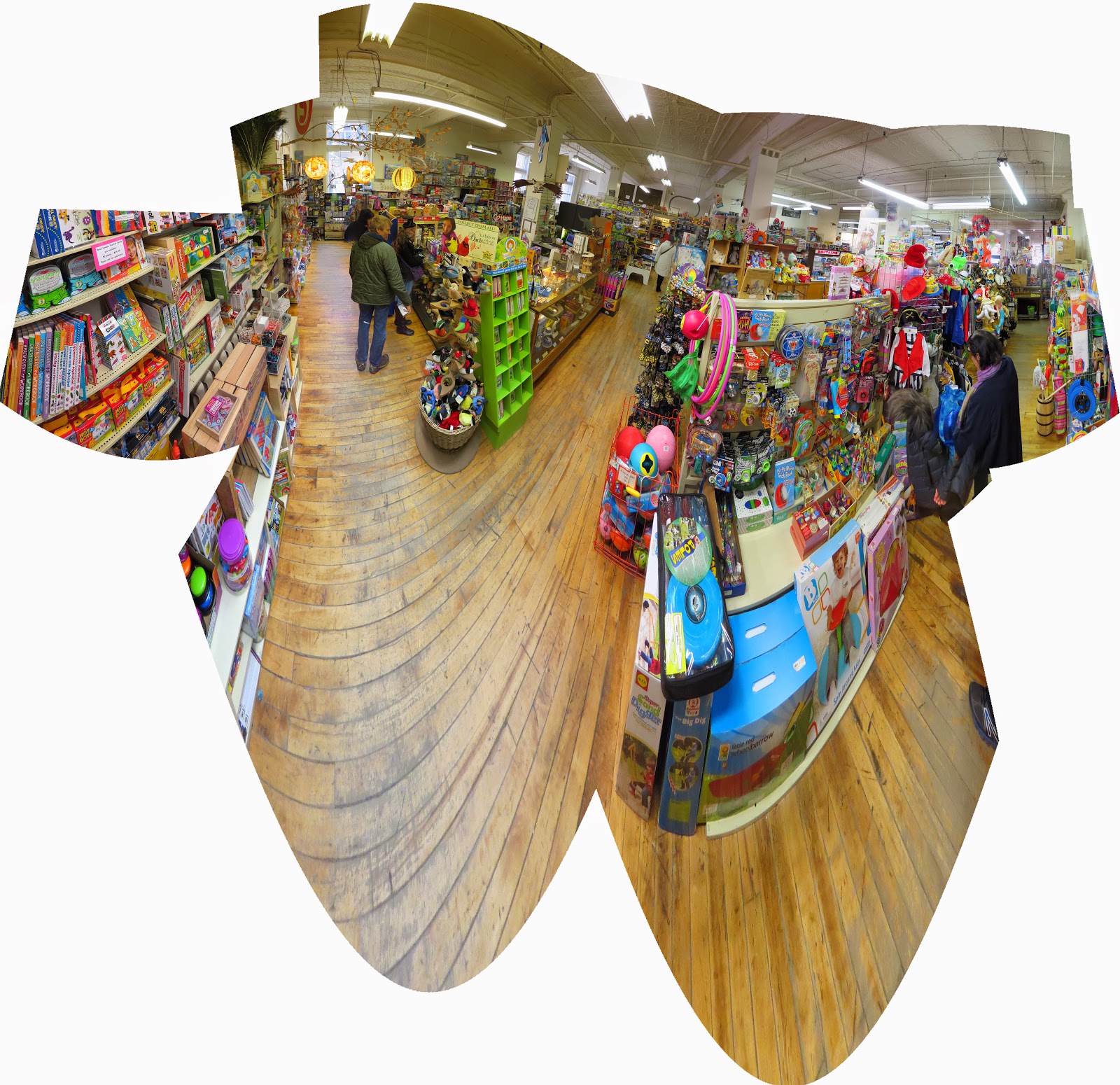 After that we walked over to the brand new Museum of Human Rights. This is open but still under construction so they only allow you in with a tour so that no one wanders off to the forbidden zones. Due to this, we had to book tickets for later in the afternoon. In the meantime, we went downtown to a cool toy store. 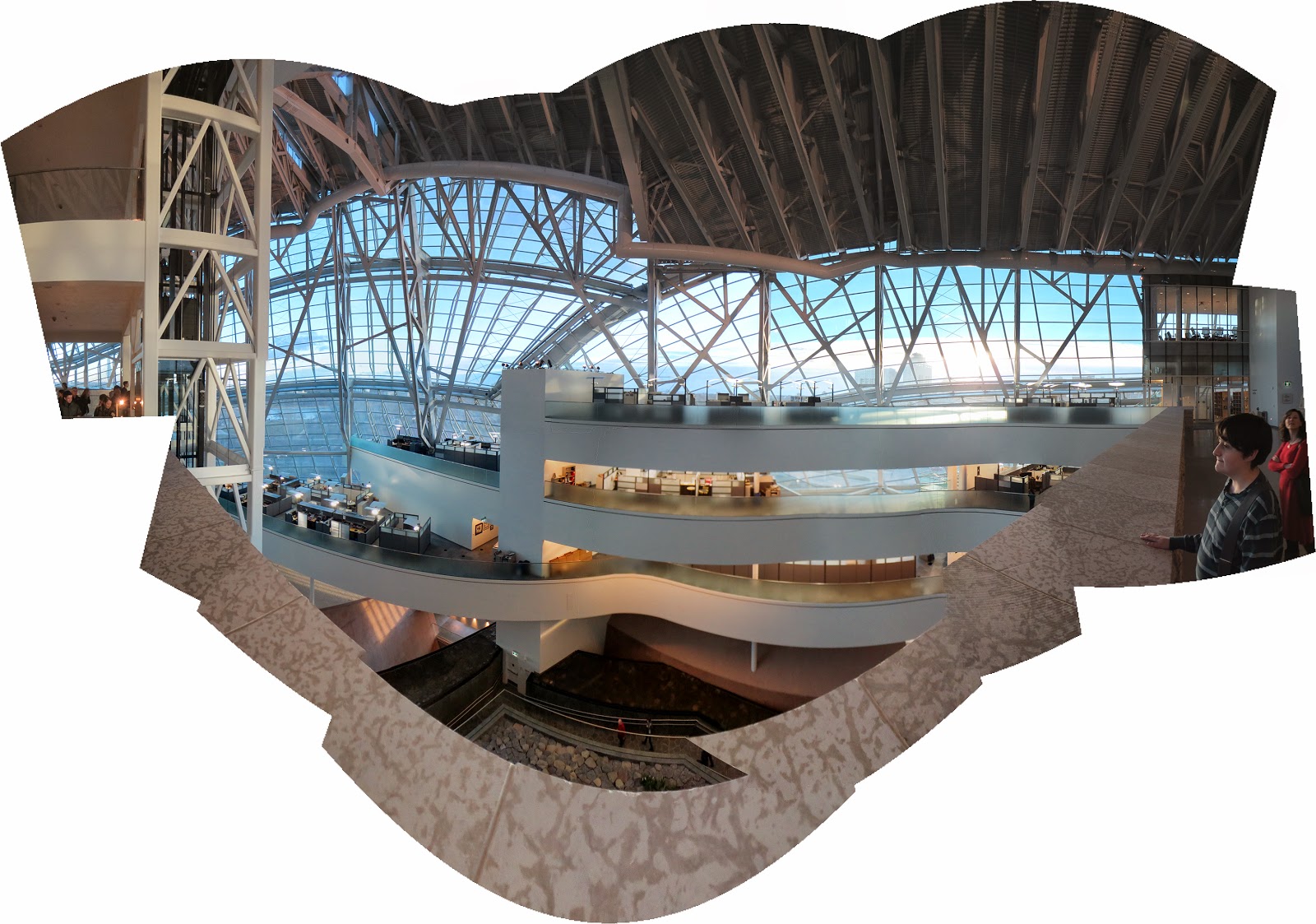 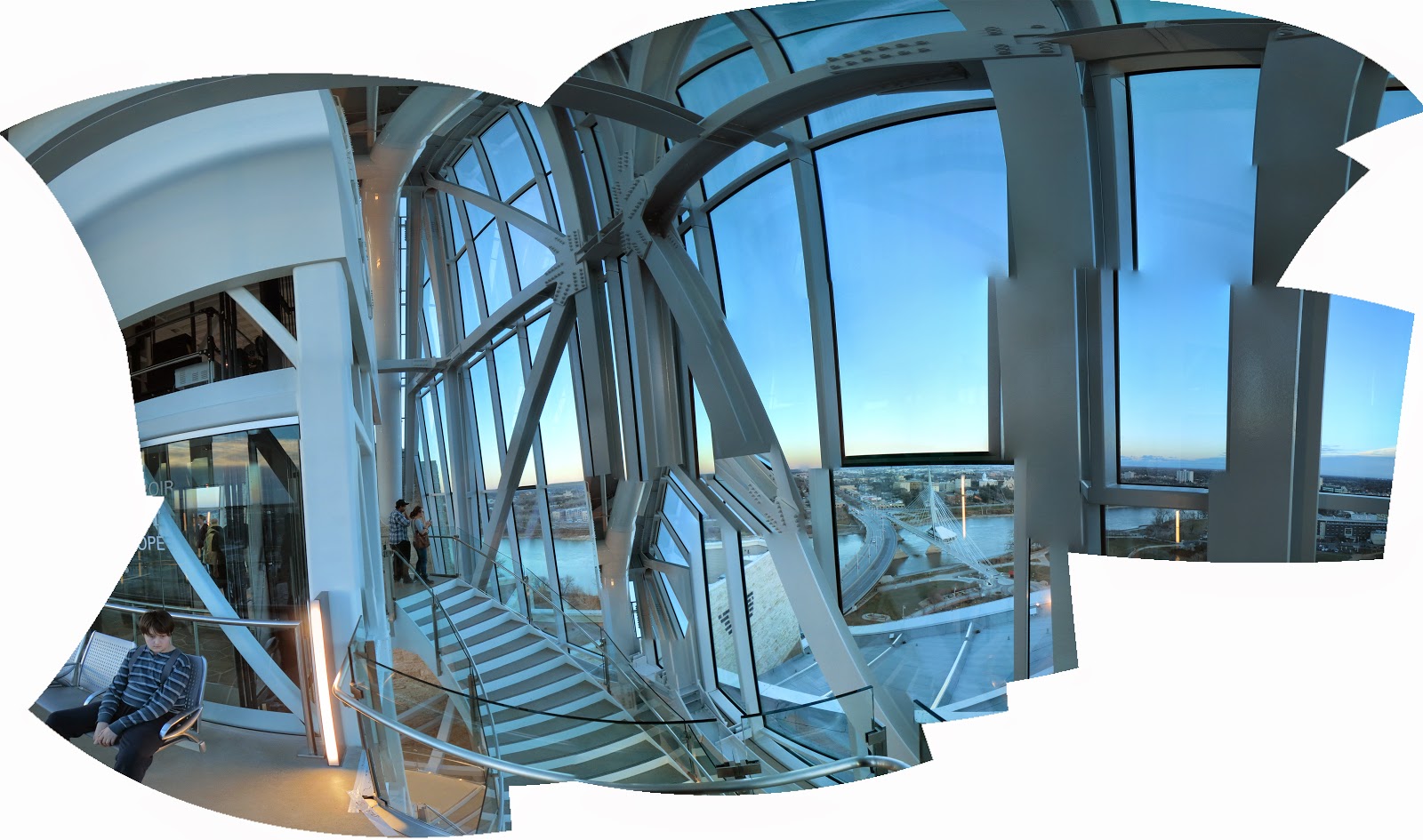 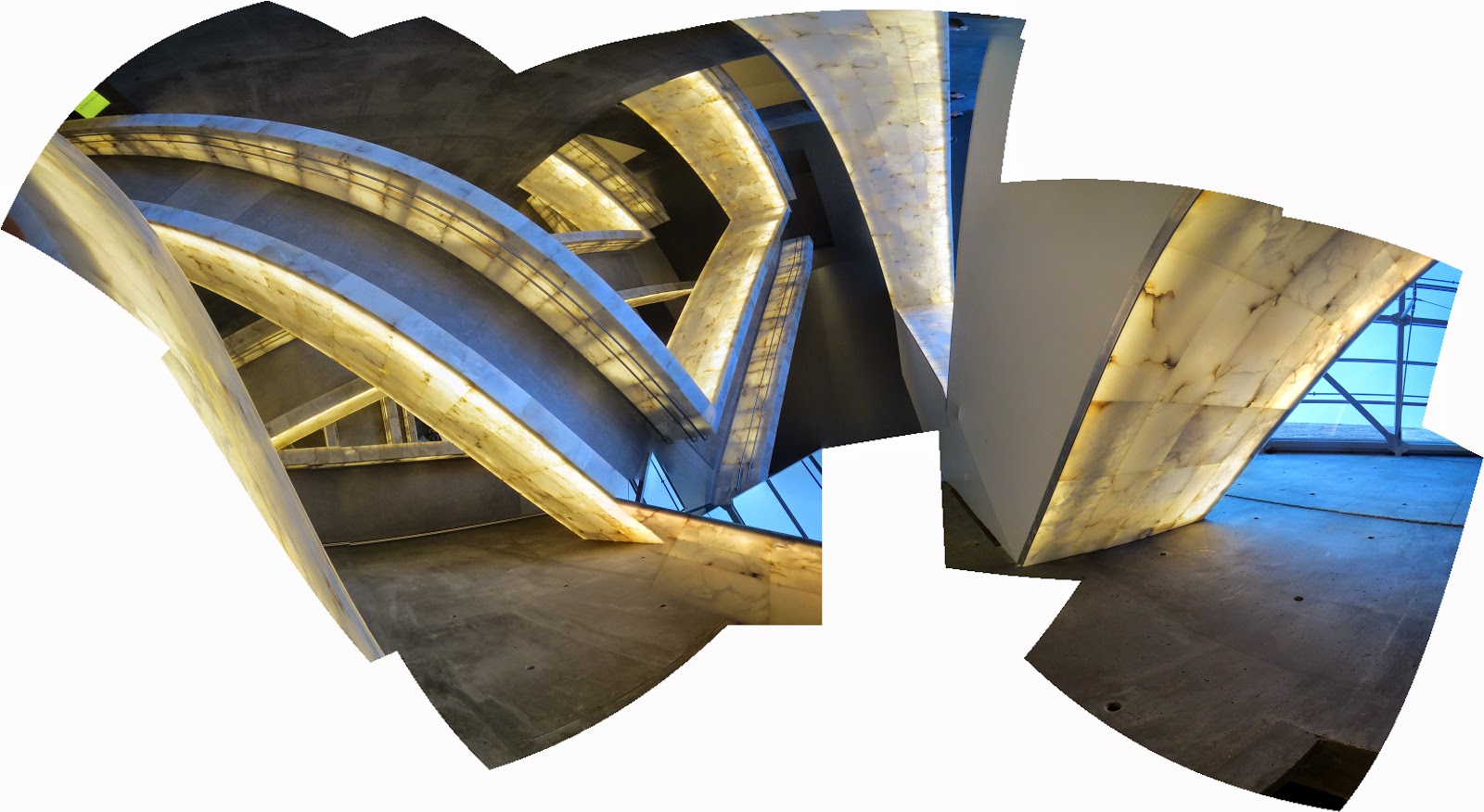 The Museum of Human Rights is an incredible building which should be on everyone's lists of places to see. However, as an actual museum, it pulled punches at most turns and actually made me feel that the problems of the world are mostly under control. I was never faced with horrors. I was never faced with unsolvable problems. I was never woken from the safety of being in Canada. If I wanted to find any negative issues, I had to dig for them in the interactive screens, and even then I'm not sure they were really there. Complacency was reinforced. Again, I found that taking pictures of the place was the most thrilling activity.
Linda and Sean came over and we had a great visit this evening.
Posted by Gerald Saul at 10:30 PM