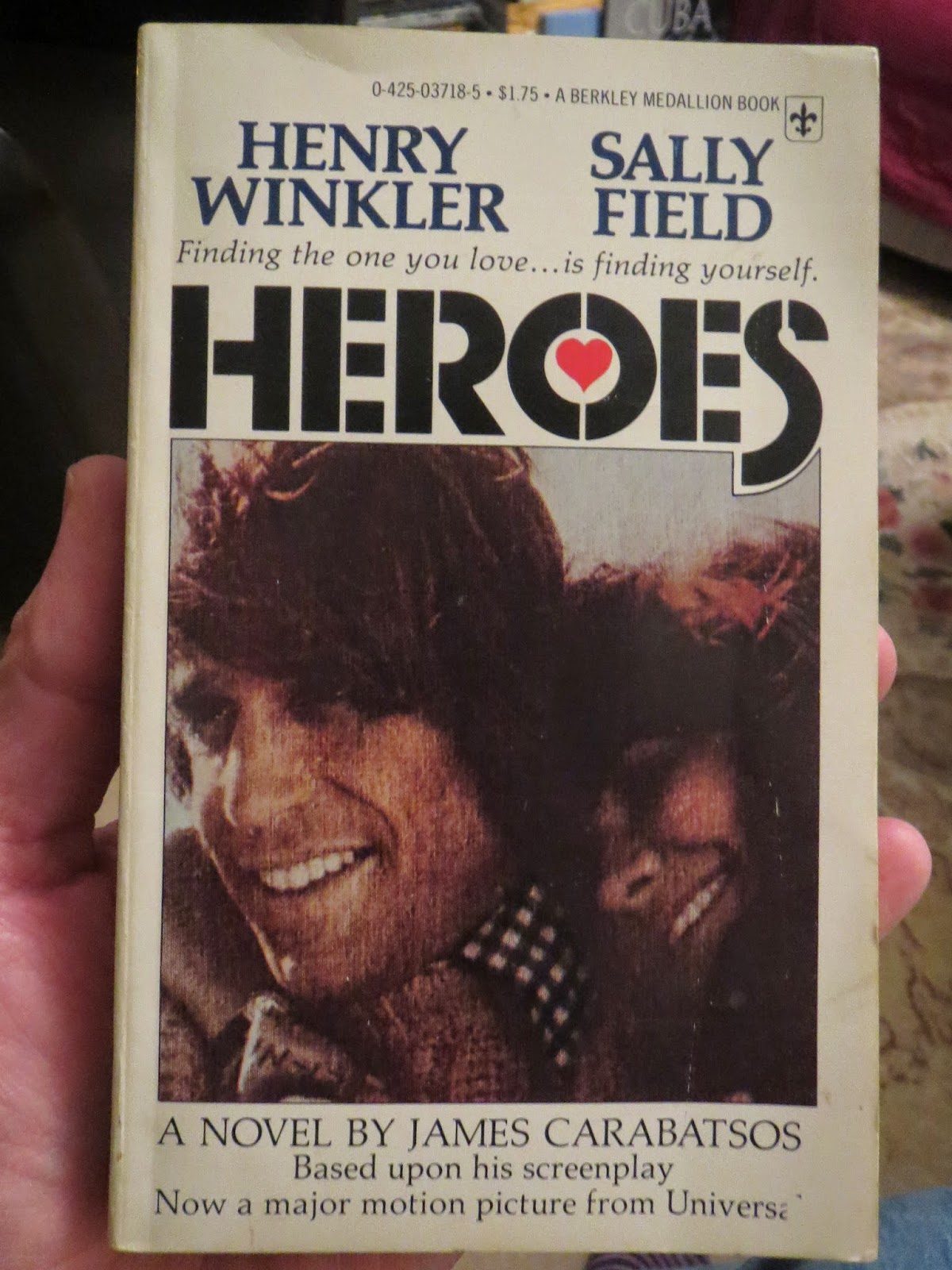 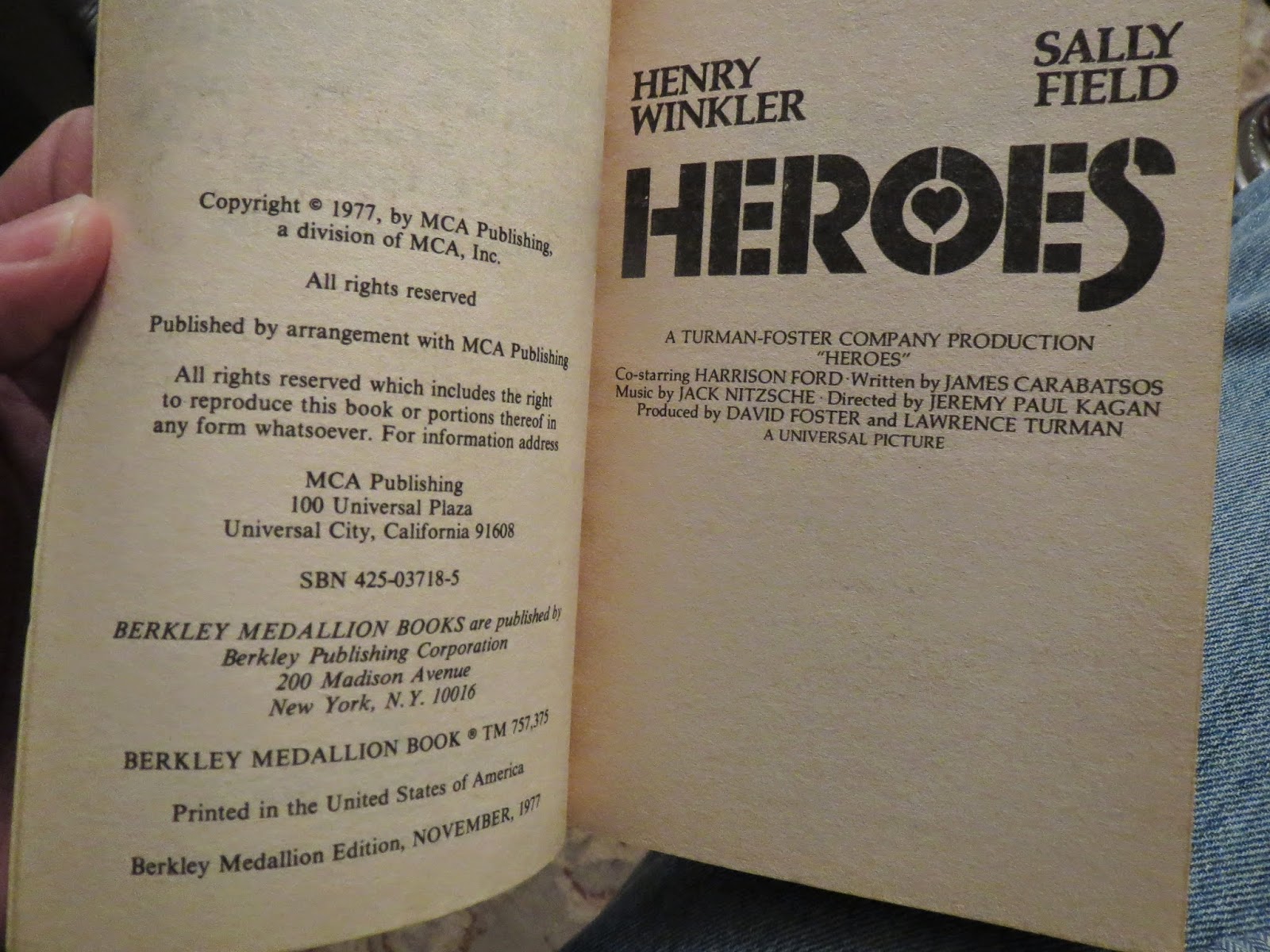 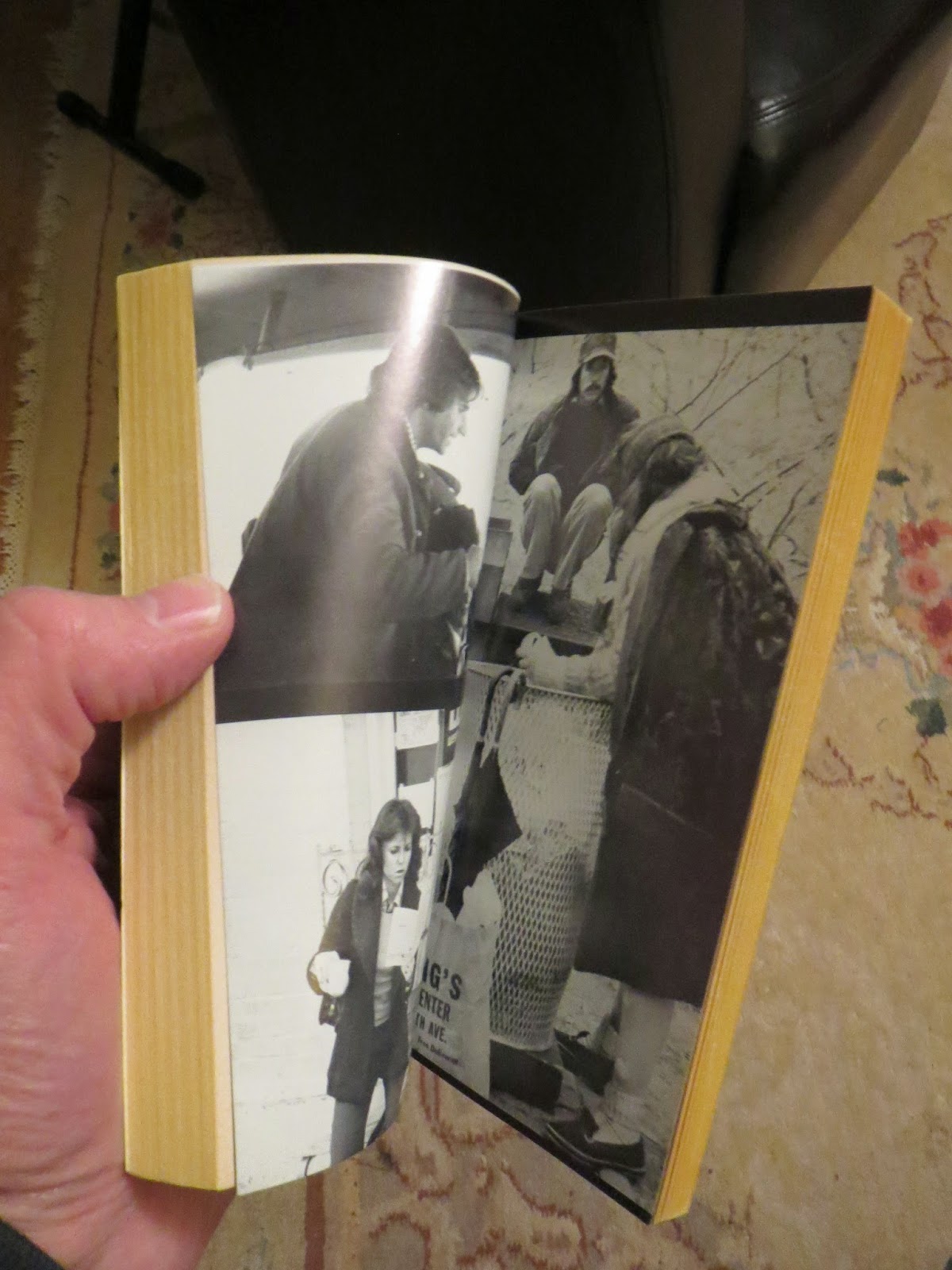 I've clung to this book for 37 years. Why? It was given to me in 1977, probably for my 13th birthday. I read it, which is a bit of an anomaly for me as I rarely read books that were given to me. As it was a novelization of a movie, I obviously wanted to see the movie. Henry Winkler was known mainly for the Fonz in Happy Days and little else. Sally Field should have been the lead name, but that is the nature of fame. Anyway, after a couple months of waiting, the film finally came. It opened at the Roxy Theatre in Regina one Friday night so I was ready to go downtown to see in Saturday afternoon. In the morning, the startling news. The theatre had burned down in the night. The building, including the print, were gone. It took me about a decade to see the film. It was rather ordinary.
Posted by Gerald Saul at 10:10 PM