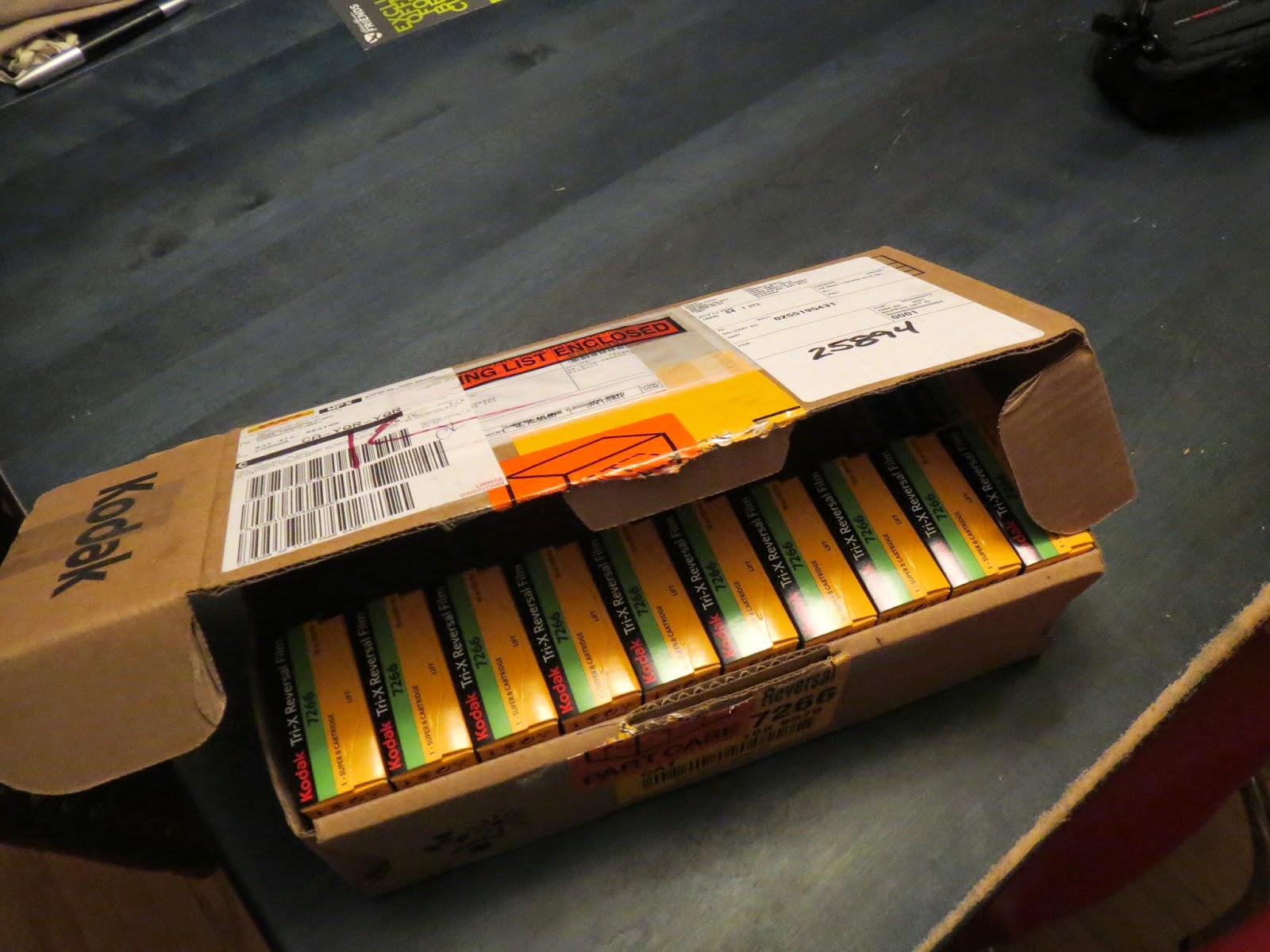 Last week I placed an order for a dozen rolls of black and white super-8 film from Kodak. The communication between us was not great as they wrote to ask for credit card information that they already had. After confirming the info, I asked for the total and was told a much smaller number than I had anticipated. It ended up that they placed the order for only one roll and, even though they were just confirming my order, they had already shipped it. Hurrah and Doh, simultaneously. They put in an order for the remainder and sent me the two invoices. Looking at the invoices, I was miffed to find a surcharge on both orders, even though the division into two was their fault. I complained but heard nothing back. Two days later, the first box arrive with one roll of film in it. Today I realized that the second box had not yet come so I looked at the invoices for tracking info. The necessary shipping numbers were not on the invoice, but I then noticed that the second box was being shipped to a different address, my new neighbour across the street! Fortunately they were home tonight and had the box (I'd met them when they were moving in three weeks ago but they'd forgotten my name). So here I am with a dozen rolls.
Posted by Gerald Saul at 10:41 PM