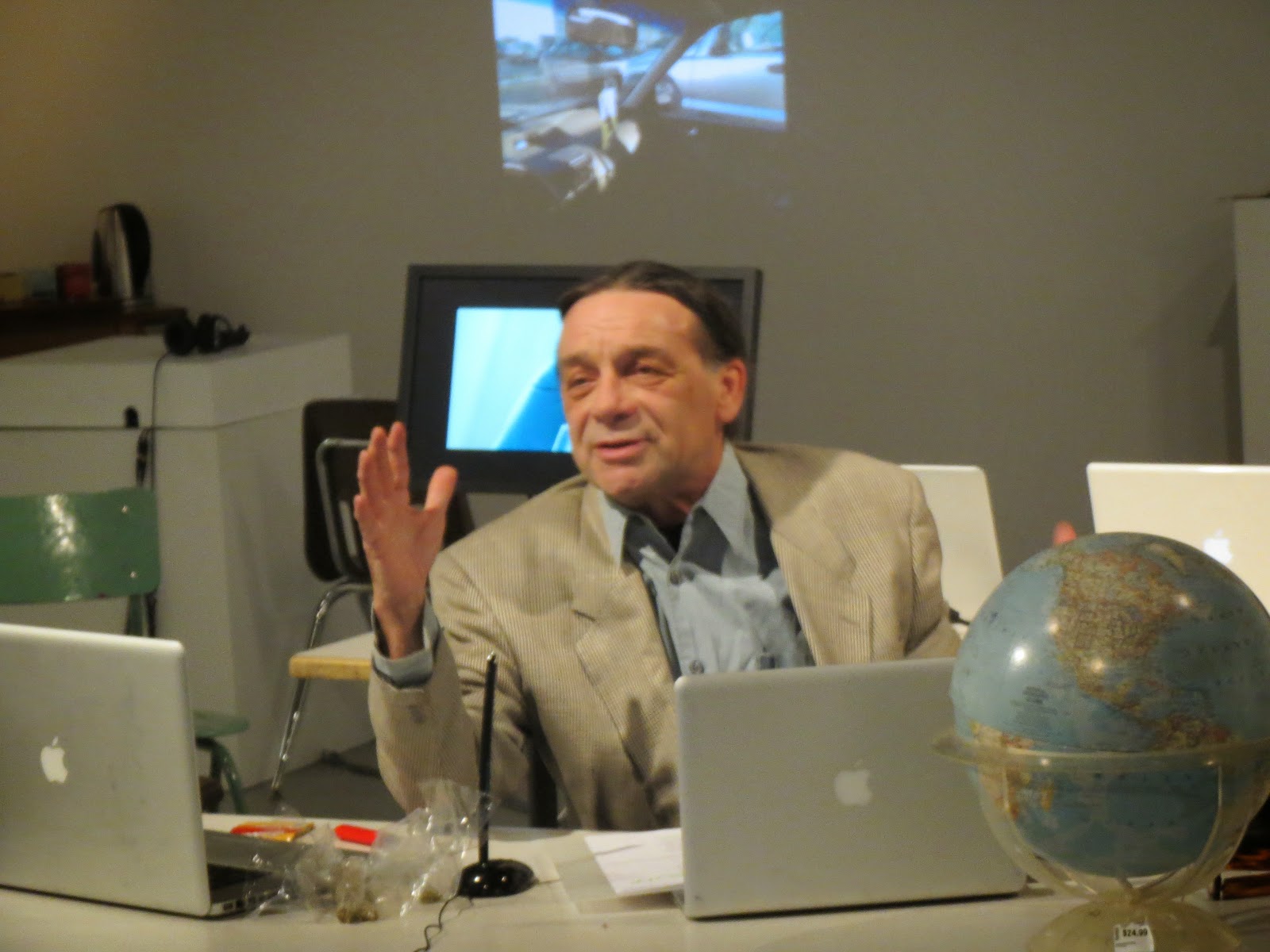 As part of the Three City Link project that Christine Ramsay is doing with her class, co-teaching in a virtual and webcast environment with Coventry, UK and Gyumri, Armenia, Paul Crepeau did a very funny performance as his right wing government administrator. This time, he was proposing to use genetically modified foods to correct the genetic problem of homosexuality. He further proposed the win/win scenario where, with more heterosexuals, the population would increase to the point that women could stay home where they belonged and men could get their jobs back. At the end, he did break character to explain and make sure that the recipients across the globe understood he was creating satire. Between spotty audio, lack of direct performer/audience eye contact, and accent/language issues, it is difficult to know if something like this is being interpreted as intended. 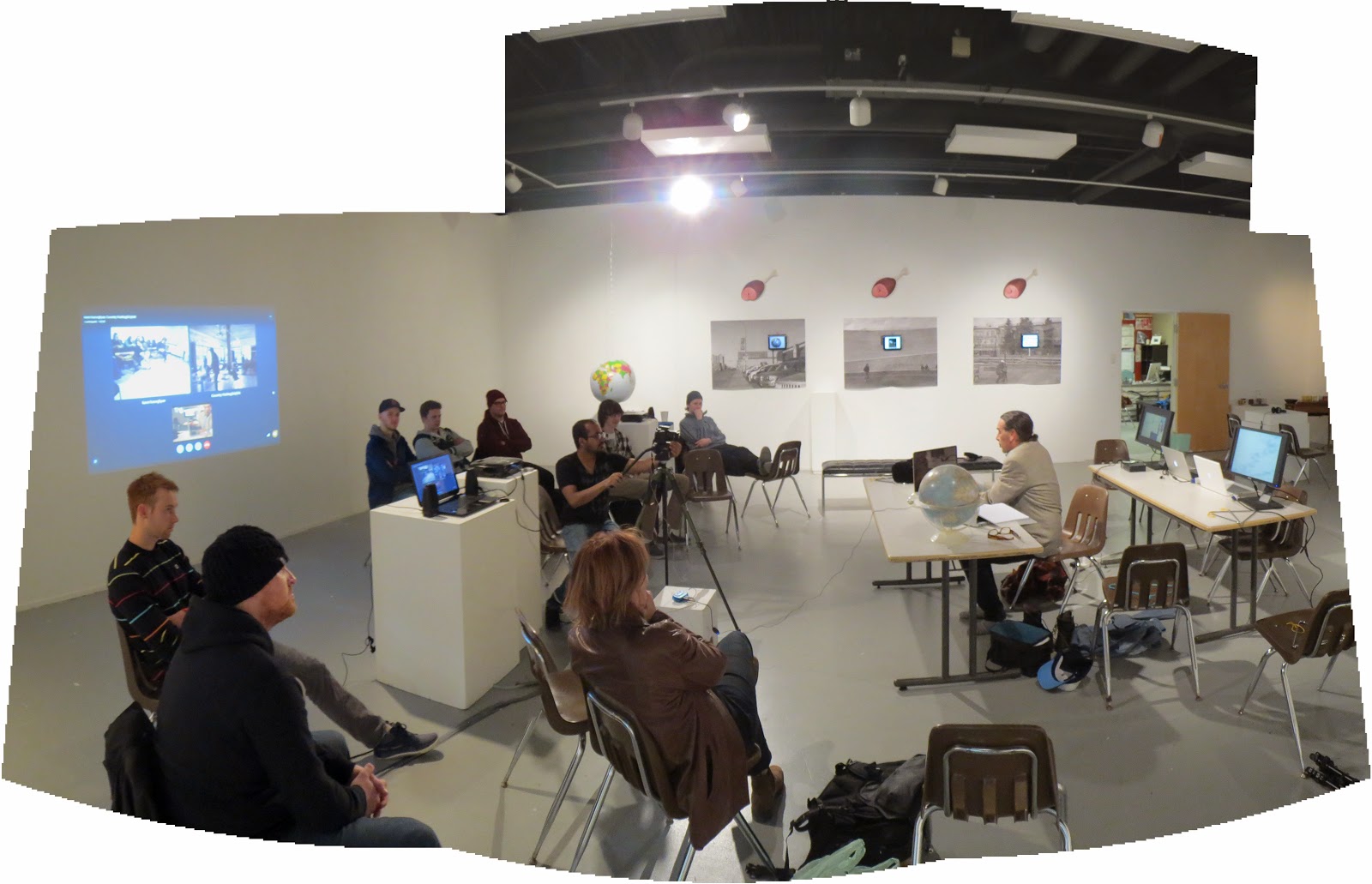