seven hours of errands with WIlliam

William was off school today and Margaret was working all day. I had hoped to take some time off with him but it wasn't entirely possible. I spelled out my days activities and he wanted to tag along. We started with a nice lunch meeting with Chrystene and Robin regarding dance and German Expressionism. Went to the French cafe on Victoria near Park Street. I think I forgot my hat at NDH, which Robin would like to call New and Used Dance Horizons, claiming that there isn't anything new anymore. It hasn't caught on. From there we went to the university where he watched Dune on Hoopla while I was at an education meeting. We slipped into Randal Rogers and Christine Ramsay's book launch for "Mind the Gap". Driving around downtown after that was slow as I searched for my hat (was too late, NDH had closed) and to drop some keys to Kallie. Many art gallery openings tonight but I attended only the Dunlop show. I have not been inclined to take pictures but pulled the camera for a moment to get William watching videos on my computer in my office. 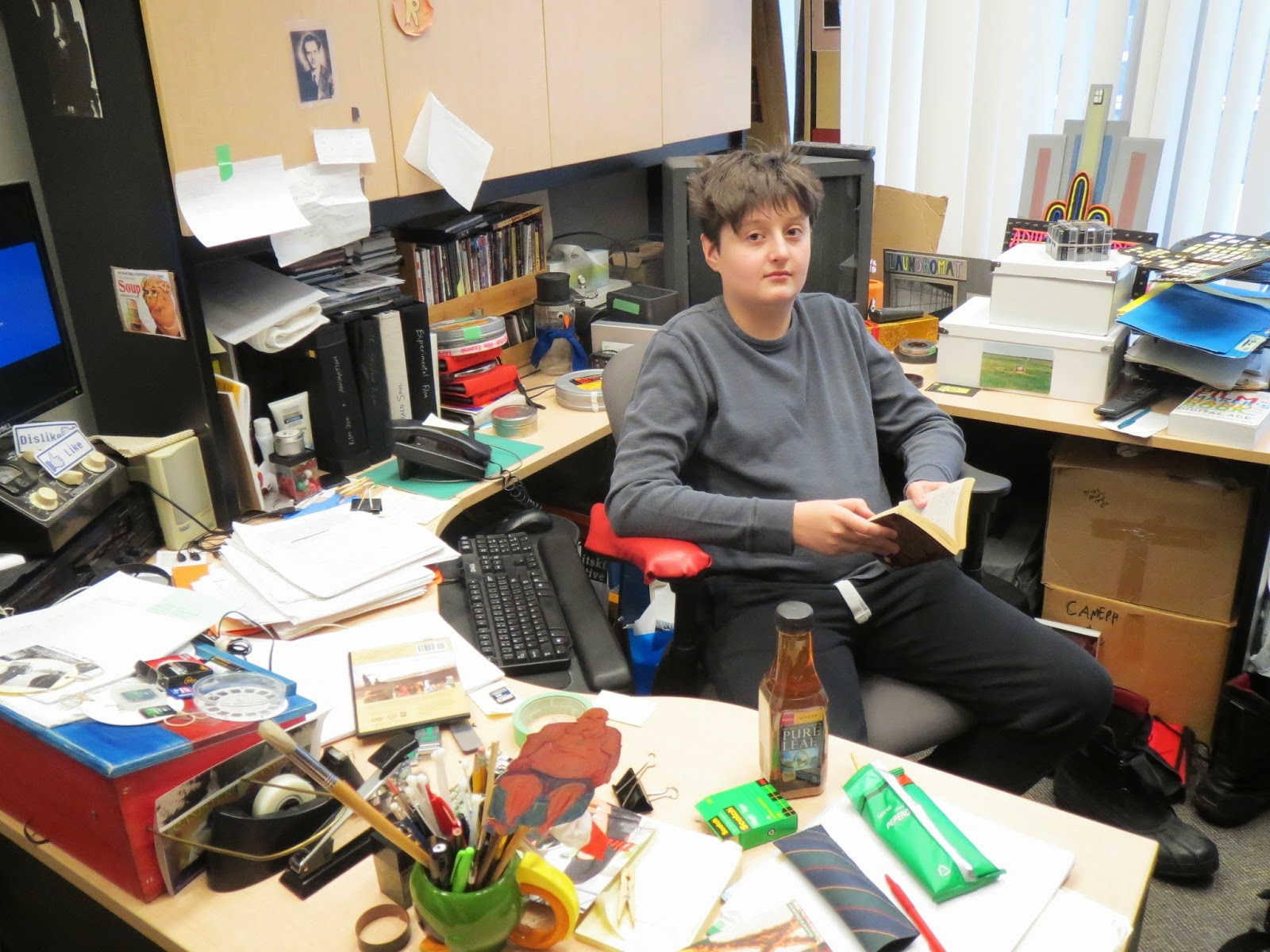