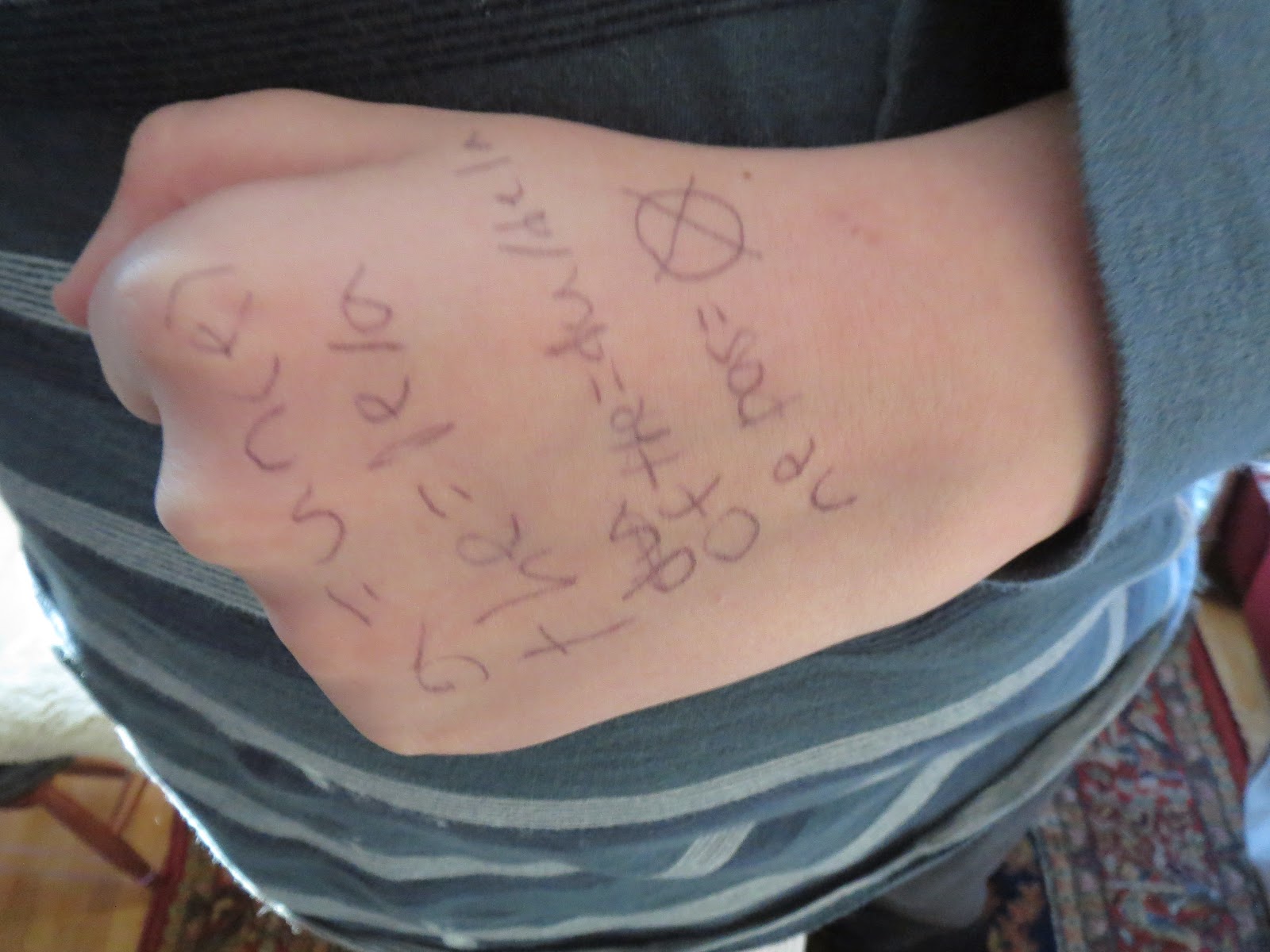 Ran into another glitch getting the lab computer to run Sockvile so that An can work on it. This delayed me to the point that I was almost late for William, having agreed to pick him up today. We watched Claude Chabrot's 1960 new wave film "Les Bonnes Femmes". Crazy to see the characters at the zoo, feeding monkeys through the bars and yelling/screeching at them. William had French class today and is obviously trying, as evidenced by the writing on his hand.
Posted by Gerald Saul at 10:16 PM