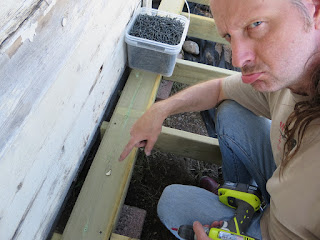 With only one break for William to practice driving, I spent ten hours on the farm building the deck around the "cottage". Once I had all of the supports in place, I laid the first deck board. Even before I had it screwed down, it had bird shit on it. I had it in my head that I'd knock the swallow nests down today in readiness to panel then paint the outside walls. 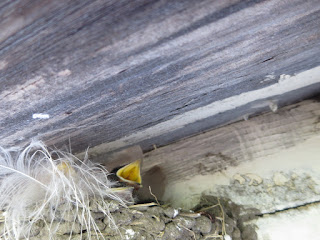 However, an hour later I heard some loud chirping from the next, even though I'd not seen any birds fly into it. Low and behold, there are at least three babies in it! Fred says it will probably be 10 days before they are out, so I'll need to hold off paneling until then. By 8:30, the deck was done (but for some gaps in the screwing that we left because we needed to preserve drill battery strength). 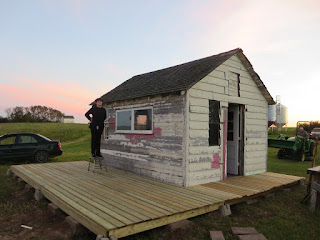