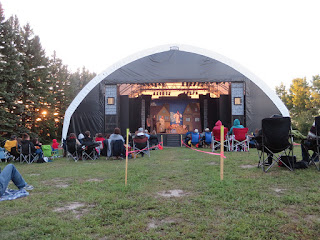 We went to the performance of Spamalot at the Prairie Skies Musical Theatre near Edenwold last night. They perform on an outdoor stage on a farm and the audience brings their own chairs. I am charmed by the idea of this. The last time we went was three years ago for Wizard of Oz which utilized a large video screen that we were not keen on. This time the stage sets were all practical, no gimmicks. We arrive a few minutes late so sat at the back. The cast of 12 were in good form, singing and dancing quite well. The choreography was decent and the performers all had strong voices and were well rehearsed. Of course, the comparison with the original Monty Python cast in inevitable and unfair. A more just appraisal would be from my nieces who are unfamiliar with Python and who laughed continuously and were very engaged. My only qualm was that often when the script required them to be loud or yell, the microphones they wore often distorted. In an enclosed venue, they probably could have done the musical without microphones. The biggest surprise was that the holy grail was planted behind my chair and a cast member came down to me in the final scene and I was brought on stage as a peasant. 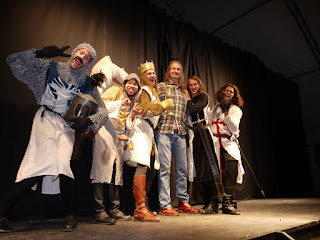 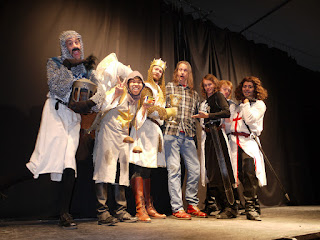 A memorable thrill. They awarded me with a can of Spam. 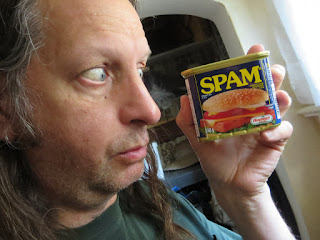