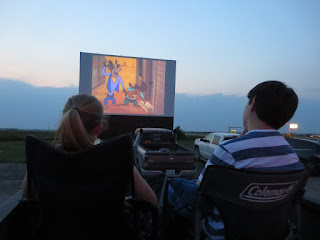 We piled all six of us in George's truck and got to Woolsley for supper at the Canada followed by Ant Man at the drive in. They played a Droopy cartoon before the feature, which was highly appreciated. Great to be eating left overs during the film. We all sat outside, not only because the six of us wouldn't all be able to see the film through  the window, but because the heat wave still hasn't broken. We'll need to remember to bring something to enhance the sound next time as we listened with a combination of the little speaker and the truck radio turned up. 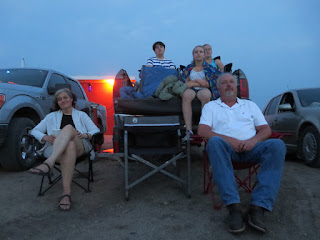