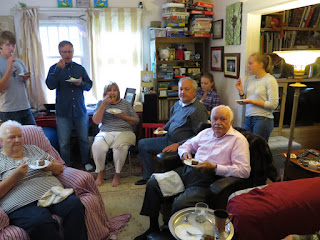 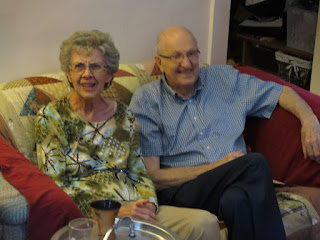 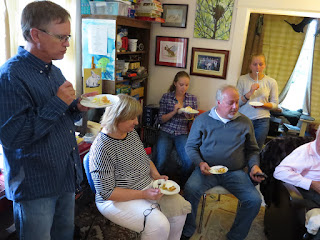 As William's birthday stretches near the end of its one week schedule, we had all of his grandparents plus my sister and her family over, as well as George Bessai and the girls. We served lemon meringue pie, peach pie, and cheesecake. While the girls were at the Rider's game, William and I watched "That Obscure Object of Desire" by Bunuel. After the football, the girls returned for some Catan and Carcassonne and we ate some new Lays butter chicken potato chips (wow! these were great! they actually taste like butter chicken!). I was a day behind on my "bad film series" but caught up. 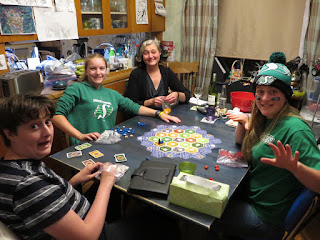 Email ThisBlogThis!Share to TwitterShare to FacebookShare to Pinterest
Labels: Carcassonne