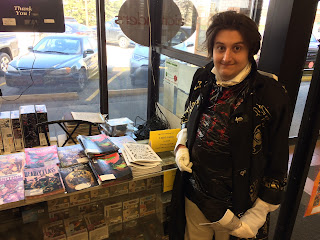 Huge day for William. He "released" his graphic novel through "free comic book day" via the Readers Bookshop on south Albert street (Regina) only. He went in a couple of days before and pitched it to them, then got copies made and brought them the day before. I don't know how many were taken, but it was brave to put them into the world in that way. 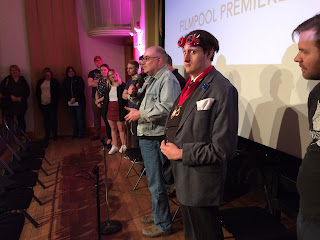 We only did a bit of comic book stuff as there was a Filmpool pancake breakfast, a feature film in the afternoon, then the premiere screening of short films in the evening including (another huge deal for William) the first screening of his film; in this case a short collaborative video called. "Tears of Cruelty". He did his first Q&A and spoke boldly and in character. Quite a night. 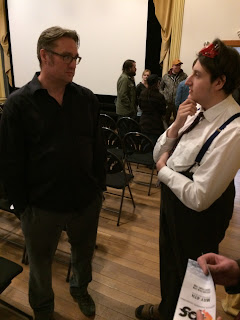