William wrote his AP English at the University this morning at 8:00 am. I brought him to the Luther Collage room it was scheduled for and we were told they'd moved it to Research/Innovation, "beside the Archer Library". She seemed confused and less that concerned when I told her that the building she described was three buildings beyond the Archer. I drove William between buildings so he made it in time. 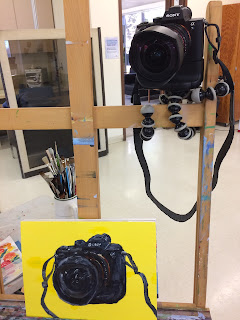 I went and painted the Sony A7, which I was shooting with yesterday with Margaret's help, and so it became Margaret's job to pick William up. The test was four hours instead of three. By noon, he was exhausted. 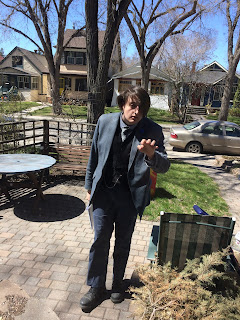 Took him for lunch and then he cut the rest of the day and slept. 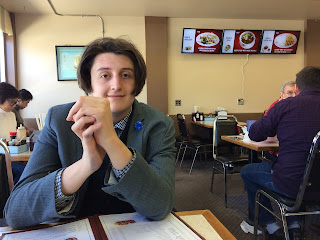